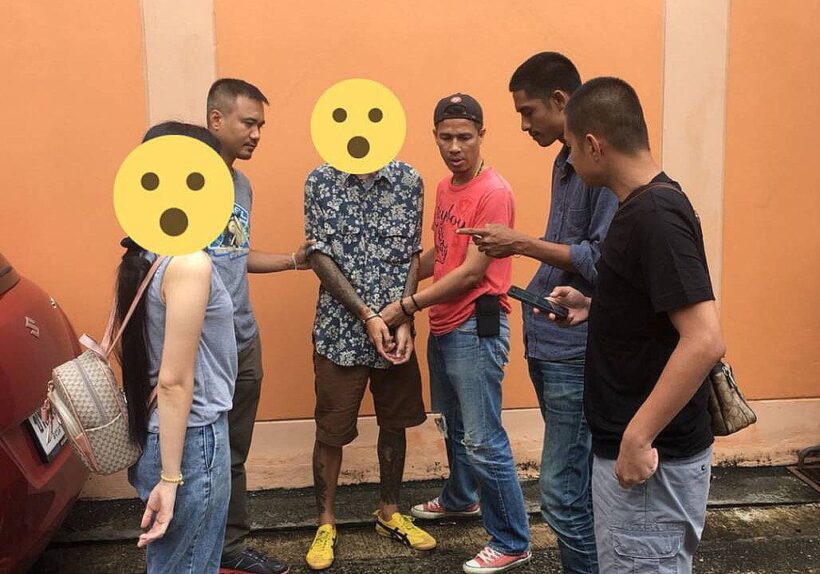 Police have arrested two suspects who robbed a shop in Chalong and sped away with cash and a gold necklace last week on October 23.

Chalong Police were originally notified about thentwo suspects robbing the shop in Soi Songkhun in Chalong.

Read about the original reports HERE.

Yesterday Police arrested 27 year old Puwanart ‘Nam’ Maneechot from Phuket following the issuing of an arrest warrant from the Phuket Provincial Court on October 30. He was arrested in Songkhla.

They were both taken back to Chalong Police Station to face charges of theft with a weapon (knife).

Nattawut admitted to police that he and his friend Puwanart have been unemployed and have no money. They robbed the shop and got away with 4,000 baht cash and a gold necklace. The gold necklace was sold for 16,000 baht. He says he gave 10,000 baht to Puwanart before they both fled the island. 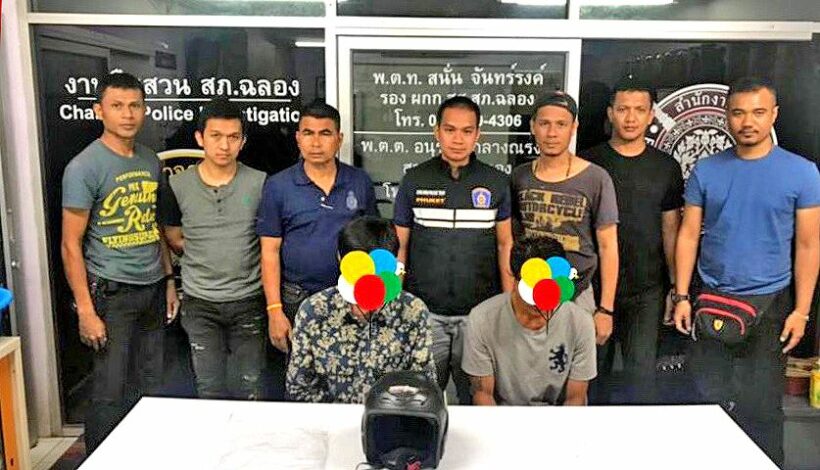 Suspects arrested with methamphetamine pills and kratom in Phuket

Female Russian jumps from her condominium in Wichit