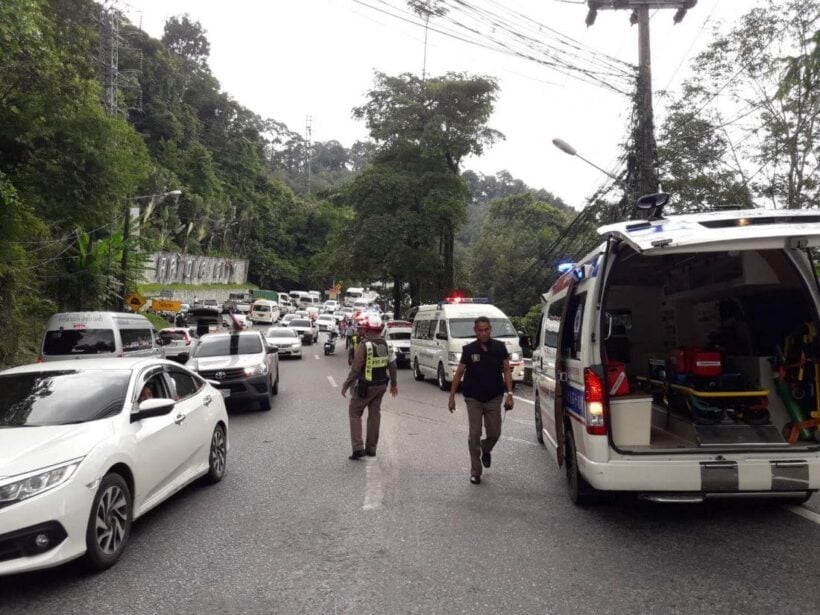 Two people have been injured in a Patong Hill accident today.

Kathu Police were notified of the accident just before noon.

Police and rescue workers arrived to discover a Toyota Vios sedan 80 metres down then side of Patong Hill in a rubber plantation. The driver was stuck inside the car. Rescue workers had to free him before transferring the man to Patong Hospital.

Back up on the road they found a motorbike whose driver had already been taken to the hospital.

The accident caused extensive delays back into Kathu as they freed the man and dragged the Vios back up to the road.

Police are continuing their investigation by checking CTTV footage nearby to find the cause of accident.

There is more to this story which will be released as soon as Police allow us to publish the information.