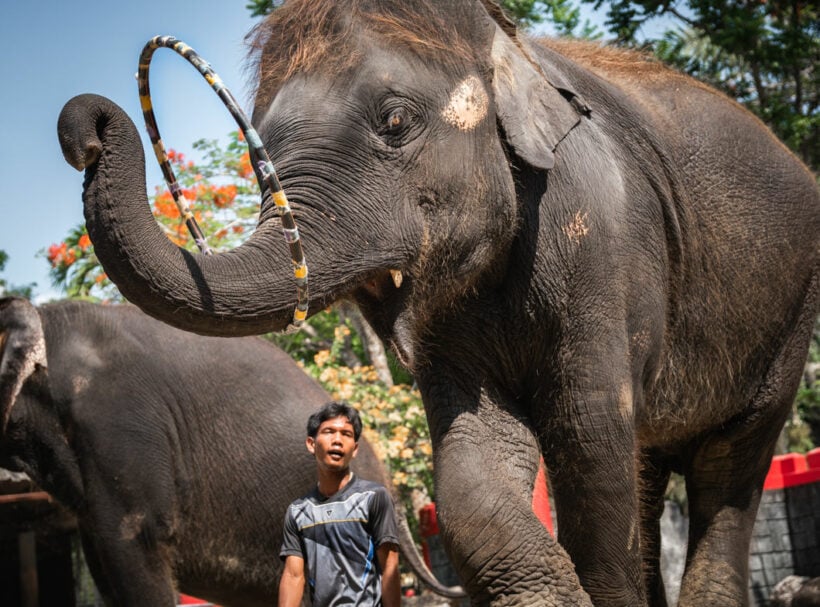 The baby elephant, who was forced to perform for tourists, was so weak that his back legs snapped, and died just a week later.

Here is the original story from The Thaiger.

Moving Animals, the campaigners who filmed the footage, were so moved by his plight that they nicknamed him “Dumbo” and started a petition calling for his release to a nearby sanctuary.

People around the world were outraged at “Dumbo’s” suffering and rushed to sign the petition which reached over 200,000 signatures in under three weeks.

Now, in a tragic conclusion to “Dumbo’s” heartbreaking story, Moving Animals have revealed that “Dumbo” has died at just three-years old.

The campaign revealed his “skeletal” body to the world, which raised concerns that he was ill. It now turns out that he had an infection in his digestive tract, and he became so weak that his legs snapped beneath him. Despite this, the zoo did not realise his legs were broken for three days, until the baby elephant was finally taken to the elephant hospital.

Amy, the co-founder of Moving Animals, said “This is a tragic and horrific end to Dumbo’s heartbreakingly-short life.”

“His skeletal body clearly suggested that he was unwell and could be suffering from malnourishment and exhaustion. And yet the zoo did nothing until receiving international criticism. Under their care, this baby elephant broke both of his back legs, and the zoo did not even realise for three days. I can’t bring myself to imagine Dumbo’s suffering during this time.”

“For Dumbo to die whilst under the so-called “care” and “treatment” of the zoo shows just how neglected these animals are in captivity.”

PHUKETA tragic end to baby elephant 'Dumbo', a real life performing baby elephant at the notorious Phuket Zoo. The three year old's plight was the focus of a Thaiger report a month ago. Sadly, the baby elephant has died.