The Phuket Zoo has again been exposed as a below-standard attraction where the inmates appear to be often mistreated, defying modern international standards and conventions for zoos.

A skinny looking baby elephant has been filmed as it was forced to dance and perform tricks for tourists in, what the Mail Online describes as, “heart-breaking footage”.

It’s not the first time the island’s zoo has been mired in controversy as various local and international activists and visitors complain about animals being mistreated and in poor condition.

The ‘Real-life Dumbo’, was forced to perform handstands on its front legs and pedal a bicycle made with car tyres across the stage.

Campaigners are claiming that the baby elephant performs up to three times a day ‘under threat of the sharp bullhook’ in the performances, which are approximately 20 minutes long.

Campaign group Moving Animals claimed ‘Dumbo’ has a ‘skeletal body’. They also claimed he is locked in chains when not performing.

Thousands of people have already signed a petition online calling on the Phuket Zoo to release ‘Dumbo’ the elephant to a sanctuary.

‘The cruel life that ‘Dumbo’ the baby elephant will endure is heartbreaking, and so we’ve started a petition calling for her release to a sanctuary.” 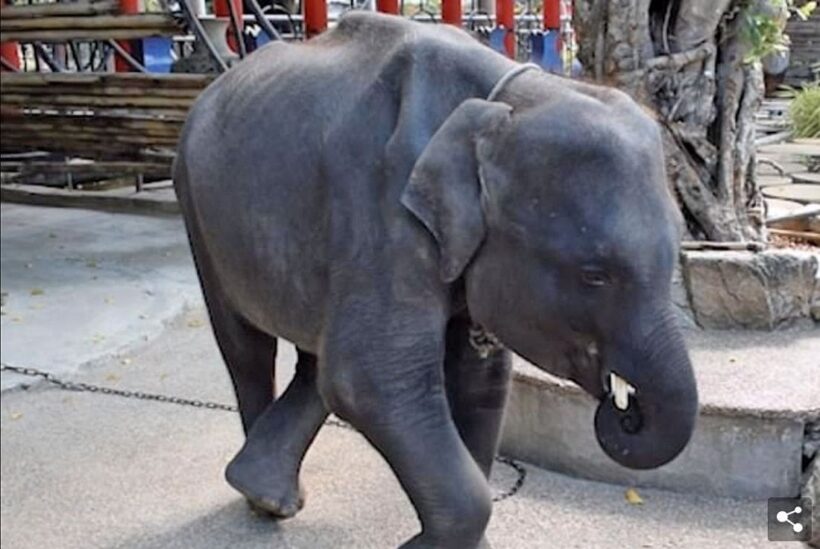 Man arrested with over 30K methamphetamine pills in Phuket