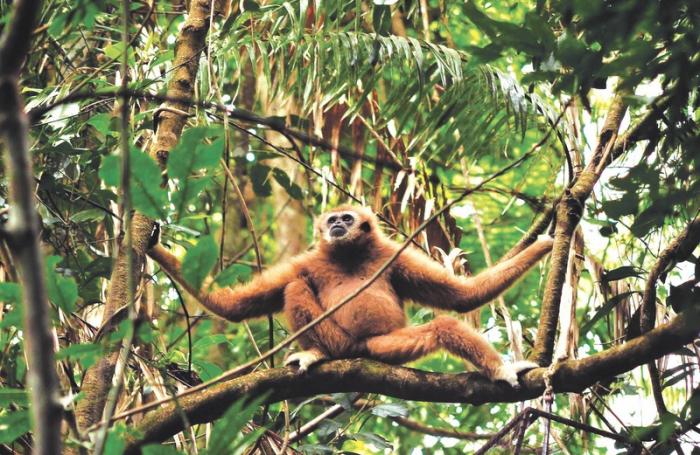 PHUKET: The stakes will be raised for those engaged in the illegal, exotic-animal trade once the Ministry of Natural Resources and Environment signs a new law draft, which is expected to take place after the Songkran break.

“For more than 20 years we have witnessed the illegal killing and exploitation of endangered and protected wild animals for tourism. Every day, criminals are taking young wild animals such as loris, gibbons and monkeys, to tourist destinations such as Phuket, Samui, Krabi, Pattaya, the Floating Market and elsewhere in the country,” said Edwin Wiek, the founder of NGO ‘Wildlife Friends Foundation of Thailand (WFFT)’.

Mr Wiek hopes that more severe punishments outlined in the new draft of the Wildlife Preservation and Protection Act BE 2535 (1992) will finally act as a deterrent for the trade. The maximum fine for illegal possession of protected animals will be increased to 100,000 baht, and the maximum prison term will be raised to 10 years.

“The killing of, or trading in, protected animals will carry a maximum fine of one million baht,” Mr Wiek said.

Mr Wiek was especially optimistic about the inclusion of a new regulation that requires those caught in possession of protected animals to foot the bill for care of the animals while their case is processed.

Currently, the act states that the penalty for possession of a protected animal is a maximum fine of 40,000 baht, four years imprisonment, or both.

“The penalty is always brought down to a fine of a few thousand baht and a suspended sentence. The touts just don’t care,” Mr Wiek said.

Quick to agree was Suwat Suksiri, chief of the Thung Talay Non Hunting Zone in Krabi.

“Touts are continuously being arrested, but they just keep coming back because the fines are minuscule compared to what they can earn in a day,” he said.

“About 300 species of wildlife in Thailand are protected, meaning that they are in danger of becoming extinct from over-hunting or being captured for sale as exotic pets. Gibbons are one of those protected species,” Mr Suwat said.

Mr Wiek pointed his finger at law enforcement, alleging that police officers might be unaware of wildlife trade laws or were ignoring the touts. “I suspect some of the officers must be taking ‘tea money’ to turn a blind eye,” he said.

“Local authorities in tourist destinations are turning a blind eye to these organized criminals, or mafia, in many cases profiting themselves. It is obvious that the police are not able or willing to enforce the law,” claimed a statement issued by the WFFT.

Responding to the WFFT’s accusations, Phuket Provincial Police Commander Teeraphol Thipjaroen assured that police are aware of the animal touts and are doing their best to tackle the issue.

“Clearly, the presence of animal touts means that officers are not being effective in stamping out the practice. However, I have not seen any evidence of officers accepting bribes,” he says.

“Society has both good and bad people. The same can be said about officers within the force. We cannot guarantee that every single officer is always totally transparent in his or her actions. However, it is also easy for the public to stereotype the police in a negative way, because people usually deal with the police when they are in some kind of trouble,” said Gen Teeraphol.

Either way, it’s time to stop playing the blame game and to start taking action, says the founder and president of the so-called ‘Phuket Anti-Corruption Network’, Surin Bamrungphol.

“There is no evidence of police receiving money from touts, so I cannot say whether or not police accept bribes from them or not,” he says.

“It’s really not as easy as you might think to pay off the police. If the allegations were true, the touts would have to pay off all of the officers in that area. It just wouldn’t be worth the expense for the tout,” said Dr Surin.

Faced with increased pressure from activists to do something about the slow loris touts spotted on Kata Noi Beach this month, Lt Col Pornnarong Karnonchai of the Karon Police was forced to admit that catching animal touts was a low priority.

“Tourists’ safety and the safety of their belongings is a bigger concern for us. We do our best to take care of smaller issues, such as touts on the beach. However, we are suffering from a lack of manpower,” said Col Pornnarong.

“We do want to get rid of the touts, but we just can’t go running out of the office every time we get a report of a tout. The best way to deal with this is to cut off the demand. Tourists must be educated about the harm being done by these touts and the fact that they are illegally in possession of the protected animals,” the colonel said.

“If there is no demand, the touts will stop.”

A Decade Ago: Parliamentary elections and cable thieves