The Thai military’s Internal Security Operations Command (ISOC), is now taking over the overhaul of boat safety for Phuket in the wake of the July 6 tragedy when 47 Chinese tourists died after their tour boat sank off Phuket.

The Phuket branch of the Internal Security Operations Command (ISOC), the political attaché of the Thai military, will be responsible for setting up guidelines for future boat and tour safety.

Governor Norraphat told a media conference on Tuesday the intervention is to help… “control, correct, and rehabilitate the boat safety situation in Phuket.” The Governor confirmed that ISOC is drafting guidelines for action to organise all tourism businesses in Phuket and ensure the viability of the sector both in the Southern Region and countrywide.

The meeting included representatives from the Thai government, Thai military and police plus representatives of tour businesses and operators of the major tour boat piers in Phuket.

Following the announcement attendants at the meeting were taken on an inspection of Phuket’s 24 major private and government piers that are used as departure points for boat trips.

The Governor has ordered every tour boat pier in Phuket to have CCTV installed and to provide better information, brochures and signage for tourists about safety guidelines. He re-iterated that all tour boats must be checked for correct safety equipment and that all crew be properly qualified and trained to provide assistance in emergency situations.

“Each and every individual passenger must be checked to ensure there is a viable record to identify them by face including information; such as, both their given name and surname, nationalities, where they stay in Phuket and their next point of embarkation.”

According to a media release from the TAT… “The government said all the efforts combined will improve the security and confidence among foreign visitors travelling to the popular resort island.” 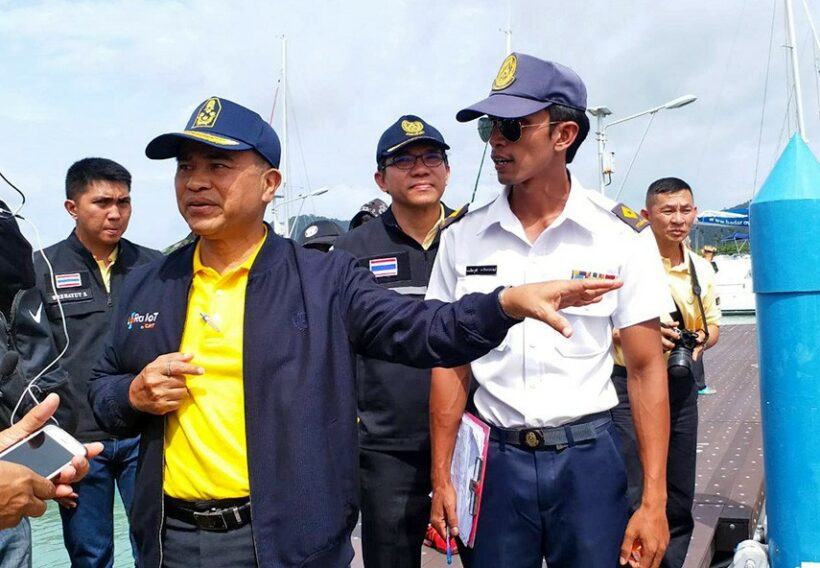