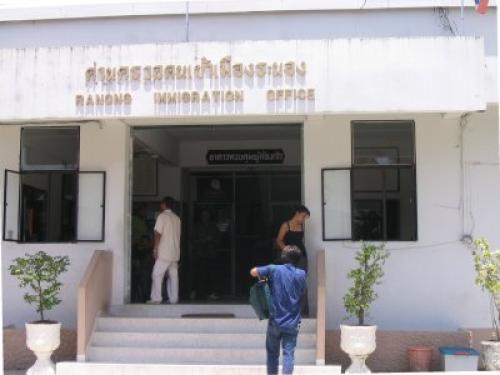 PHUKET: Ten Rohingya detainees escaped at dawn yesterday from a detention facility at the Immigration Office in Ranong, the popular visa run destination for many expats and tourists in Phuket.

The incident is the latest in a series of Rohingya escapes from various facilities in the past few months. The 10 escapees were part of a group of 118 Rohingya detainees at the facility.

The Ranong Immigration Office has begun a manhunt for the 10 runaway Rohingya.

“We have handed out their photos to motorcycle-taxi riders, community leaders and local people in a bid to track them down,” office chief Ekkorn Bussababordin said, adding that he believed the 10 escapees were still in Ranong.

Col Ekkorn said that he would step up security measures at the detention facility to prevent further escapes.

Thousands of ethnic Rohingya from Myanmar’s Arakan State, also called “Rakhine State”, have been arrested in Thailand for illegal entry.

At last report, 23 of those runaways remained at large (story here).

That breakout followed the mass runaway of 22 Rohingya children from the Phuket Shelter for Children and Families on Koh Sireh (story here) and the breakout of 11 Rohingya men from Phang Nga Immigration on July 17 (story here).

Overcrowding and the conditions at the detention centers, where many of the refugees have been detained for more than six months, have been repeatedly identified as the main inspiration for the breakouts.

Meanwhile, Minister of Social Development and Human Security Paweena Hongsakul last month declared the detention and trafficking of Rohingya through Thailand to be the subject of clear human rights issues and a threat to national security (story here).

Nigerian arrested in Phuket with visa stolen from Malaysia, cocaine