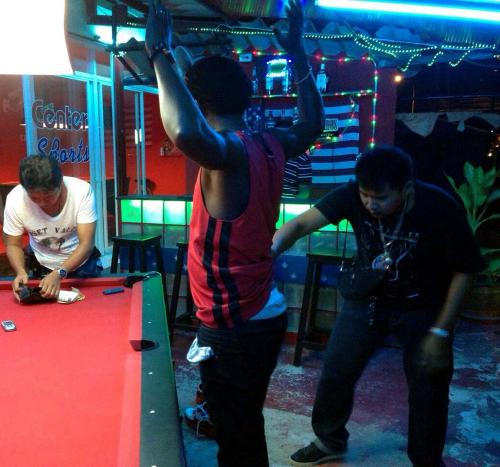 PHUKET: A Nigerian man arrested for possession of cocaine in Phuket yesterday was also found to be carrying a passport with a visa stolen from the Thai embassy in Malaysia.

Karon Police on patrol were notified by an undercover officer of the location of the Nigerian, who was believed to be in possession of drugs.

“We approached the man and asked to search him, and found 1.33 grams of cocaine in his wallet,” said Karon Police Deputy Superintendent Sophon Borirak.

“Ebogbulem Chinwemdu Romanus, 33, confessed that he bought the drugs from an Italian friend at Jungceylon shopping mall in Patong,” Col Sophon said.

Phuket Immigration Superintendent Sunchai Chokkajaykij today confirmed to the Phuket Gazette that the visa Mr Romanus had used to enter Thailand was one of the 300 stolen from the Thai Embassy in Malaysia.

“Officers took Mr Romanus to Karon Police Station and charged him with possession of a category 2 drug, cocaine, and falsifying and using a fake visa,” Col Sophon said.