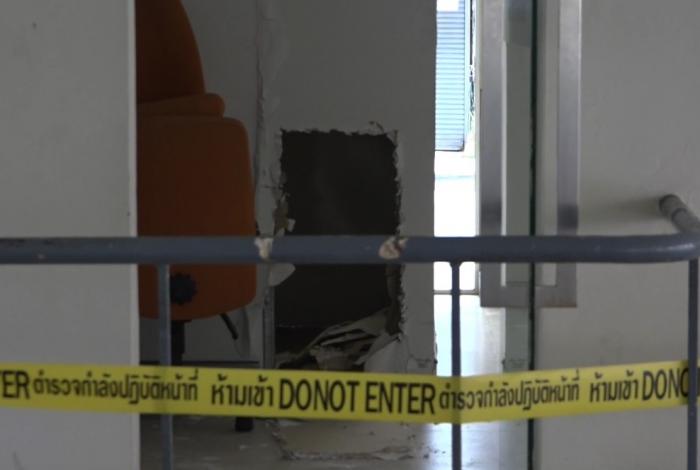 SAMUI: Police are hunting for masked robbers who broke into a Krungsri Bank branch located only about 100 meters from a police station in Samui on Friday night.

“We believe that at least two suspects were involved in the affair. They didn’t manage to get their hands on any cash,” said Col Vachara.

CCTV footage showed the suspects ripping out the passbook machine to allow them to enter the bank.

“They entered through the hole in the wall. One of them went upstairs to ransack a desk, while the other waited in front of the bank,” he added.

The robbers bolted after the security alarm went off.

Police gathered evidence from the scene of the crime, including fingerprints and DNA.

“We believe that the suspects might be bank staff, as they knew exactly how to disable the machine, pull it out and gain entry. We will run forensics of the staff members to confirm,” said Col Vachara.