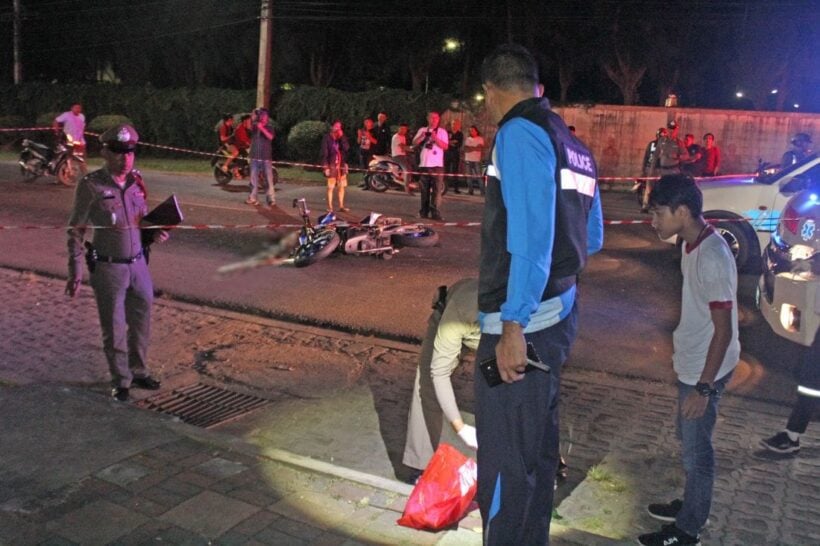 A Thai man has been shot dead near Saphan Hin in eastern Phuket earlier today. The arrest warrant has already been issued for the suspect.

The Wichit Police were notified of the incident on Rattanakosin 200 pi Road near Saphan Hin at 3.40am this morning.

Police and rescue workers arrived to find the body of 30 year old Teerasak Saeong from Phuket covered with blood and laying on the road. Two bullet wounds were found on his right and left temple.

Seven bullets were also found around Mr Teerasak’s body. Nearby they found a motorbike. His body was taken to Vachira Phuket Hospital for full autopsy and identification.

Witnesses told police that Mr Teerasak was stopped on his motorbike and was talking with the suspect who was in a black car. The suspect shot at Mr Teerasak and sped away.

Mr Teerasak was the son of a member of Rassada’s Municipal Council. At this stage police believe that the two had personal conflicts. Police are now searching for the driver of the vehicle who shot Mr Teerasak.