A male Danish tourist, driving a motorbike, has died after colliding with a truck in front of a market in Kathu.

The Kathu Police were notified of the incident on Phra Phuket Keaw Road in front of the new outdoor Vintage Market in Kathu at 3am yesterday morning.

Police and Kusoldharm rescue workers arrived at the U-turn to find the truck and driver waiting. The driver of the truck was 36 year old Sontaya Suchata waiting in the middle of the U-turn area.

Nearby they found a damaged Honda PCX and 51 year old Claus Pathuel Jensen, a Danish national from Glostrup. He was found unconscious under the truck. He was rushed to Vachira Phuket Hospital but was pronounced dead upon arrival.

Police report that the truck was going to take a U-turn outside the market area. The truck driver says he was unaware that Mr Jensen was coming from behind in the right lane. The motorbike was unable to avoid the collision with the truck and Mr Jensen PCX ploughed into the rear of the vehicle. 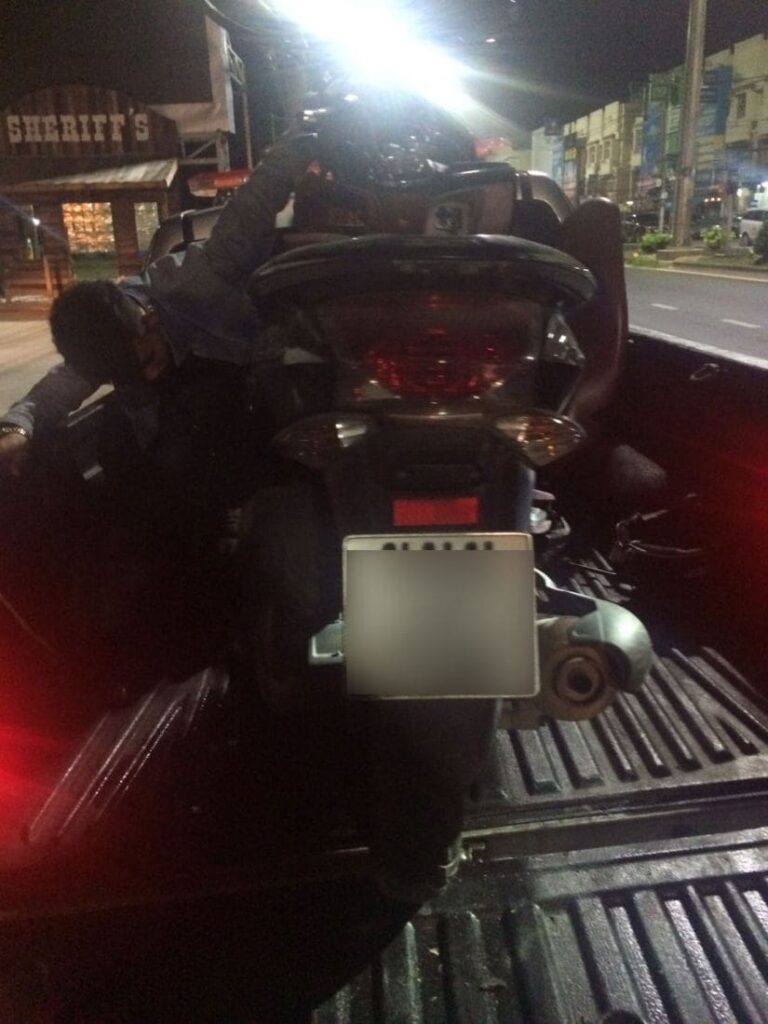 Police searching for the killer after shooting near Saphan Hin