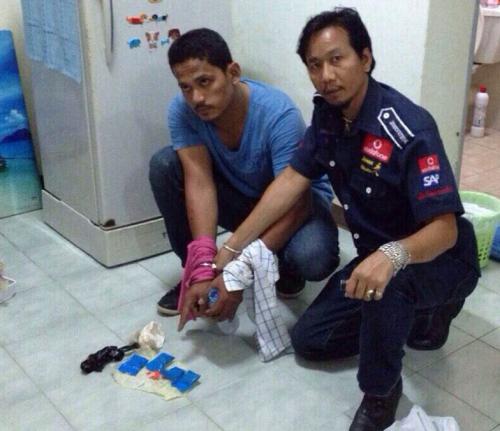 PHUKET: Police yesterday arrested two men after separate raids on the same small street in Samkong, Phuket Town, resulted in the seizure of 1,818 pills of ya bah (methamphetamine) and 4.99 grams of ya ice (crystal methamphetamine).

Acting on a tip-off, officers arrived at the house of Worasak Bamrung, 30, in Soi Prayoon 3/1 (map here) at 3am.

“A search of the house uncovered four plastic bags each containing 200 ya bah pills. The bags matched those seized in the arrest of Mr Worasak,” he said.

Both men were charged with possession of category 1 drug with intent to sell, Col Jaroon confirmed.

“Evil man of Krabi’ eligible for bail during appeal process