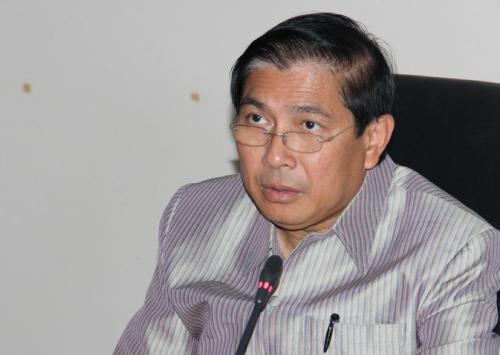 The move will be the first of many measures taken in the hope of achieving zero fatalities over the new year holidays.

“The usual ‘Seven Days of Danger’ road-safety campaign will be over 10 days this new year,” Governor Maitri told a meeting at the Department of Disaster Prevention and Mitigation Phuket (DDPM-Phuket) headquarters in Phuket Town earlier this week.

“This is because many Thais will be on holiday and Phuket will be in its peak high season, with many tourists on the island,” he explained.

Road accidents usually increase over the new year holidays, sometimes by as much as three times, Governor Maitri pointed out.

“During the Seven Days of Danger campaign last new year, there were 27 accidents, in which nine people died and 24 people were injured,” he said (story here).

The governor called on police to step up efforts to keep motorists and tourists in Phuket safe.

“Officers must be strict on catching drunk drivers, people riding motorbikes without helmets, driving against the traffic-flow [ghost riding] and committing other traffic violations,” he said.

“In total, there will be 24 checkpoints across the island,” Gov Maitri noted.

“Speed limits will also be strictly enforced with the use of speed cameras installed on the bypass road, in Thalang and at Tah Chat Chai,” he added.