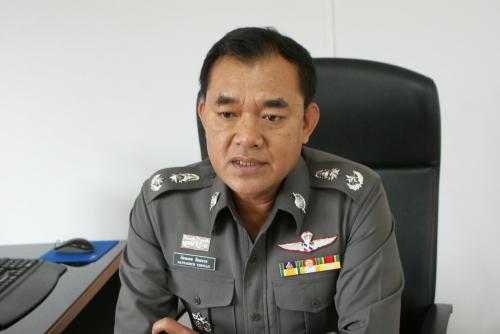 PHUKET: A tour guide was sentenced to 20 years in jail last week for the rape and assault of a Dutch tourist in Krabi last year.

It was this bail that earned Mr Chumpol the moniker “Evil Man of Krabi”, after the father of the 19-year-old victim, furious that Mr Chumpol had been set free for any amount of bail, made a music video mocking the justice system in Krabi and uploaded it to YouTube (story here).

Mr Chumpol told police that he had consensual sex with the victim, who had deep bruising to the right side of her face and a split lip when she registered her complaint with the police.

When contacted for a statement, an officer at the Krabi Provincial Court responded that the court “could not reveal the sentence or give a copy to people who are not involved in the case.”

“This high season and upcoming new year, we expect to receive a lot of visitors in Krabi,” the officer continued. “Police have launched a new safety campaign to ensure tourists have a safe and enjoyable time here [story here].”

Gen Nantadech added his own cautionary word to visitors, “Take care when drinking alcohol, as situations can become more dangerous due to the effects of it.”

Gen Nantadech was reiterating the words of Krabi City Police Chief Thaksin Phochakorn, who said the same thing to the Gazette last year.

Col Thaksin also admitted last year that the recurring issue of rape and sexual assault was taking its toll on his officers.