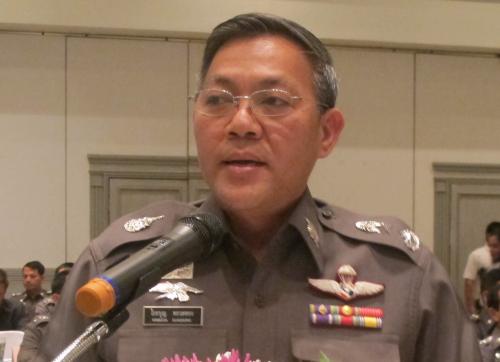 The move aims to relieve the pressure on already-overflowing detention centers at immigration offices in Phuket, Phang Nga and Ranong.

“The Royal Thai Police thinks that it might be easier to take care of all 1,722 Rohingya being detained in Thailand if they were kept in the same place,” Gen Kraibun said.

He explained that initial efforts to build a single facility to house all 1,722 Rohingya met strong opposition from local residents in Cha-uad District in Nakhon Sri Thammarat, the selected site for the proposed mega-camp.

“Local residents did not agree with the idea, so we selected another site at Dan Singkorn in Prachuap Khiri Khan province,” Gen Kraibun explained.

“However, by that time the committee involved in the project believed that having so many Rohingya held at the one location might make it easier for them to escape,” he added.

Gen Kraibun did not elaborate on whether or not the recent Rohingya riot at Phang Nga Immigration (story here) affected the decision of building a single detention camp.

“Instead, the committee finally agreed to seek to have the Rohingya at new purpose-built shelters in Nong Khai, Prachuap Khiri Khan, Ranong and Songkhla,” he said.

However, Gen Kraibun also did not elaborate on why a new shelter is being proposed in the in Northeast province of Nong Khai, located on the Thailand-Laos border, some 1,400 kilometers from Phuket.

“We are now in the process of proposing this idea to the Cabinet to request the budget for building the new shelters,” he said.