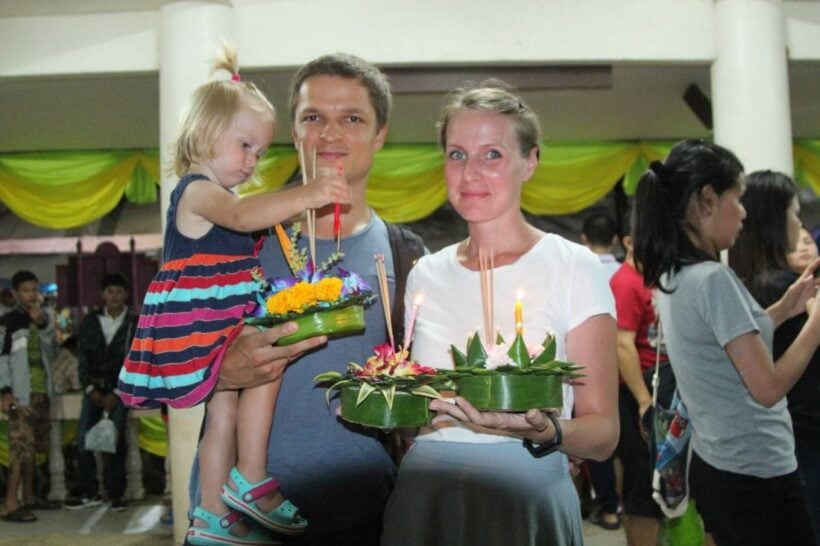 The Parade was hosted by the Phuket City Municipality and started at 6pm heading along the Phuket Town Road to Saphan Hin.

Teachers, students and officers dressed in Thai traditional costumes took part in the beautiful parade with Krathongs and Thai dancing.

Thousands of Krathongs were made from natural material and then set afloat in the waters at Saphan Hin.