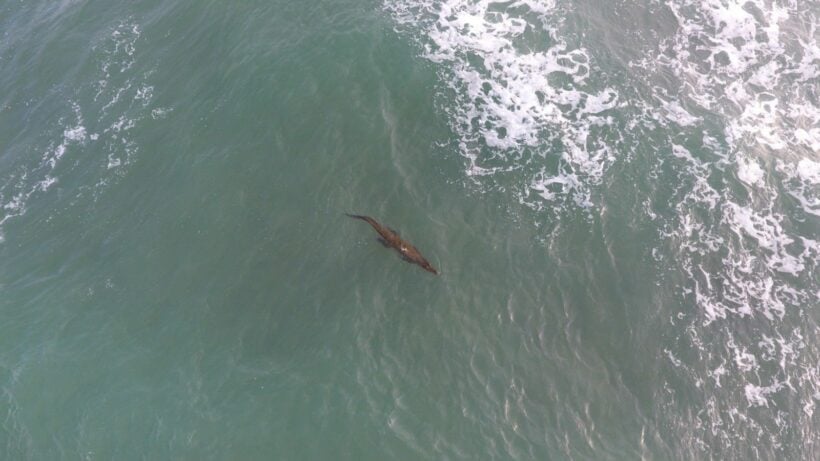 Cages have been set up along the beach and around rocks with chicken meat to tempt the hungry crocodile.

The lone crocodile has been drifting with the current northwards along Phuket’s west coast since it was first sighted off Yanui and Nai Harn beaches ten days ago. Hundreds of officials and specialist crocodile hunters have, so far, been unable to get close to capturing the shy crocodile. The closest the Surat Thani ‘crocodile whisperers’ came to snaring the 1.5 metre (an educated guess from officials) crocodile was when it made landing on Karon Beach last weekend and they tried sneaking up on the croc with a net. But the crocodile, sensing the approaching men, quickly scurried back into the water.

Read about an earlier aerial sighting this week HERE.

Owners of crocodiles in Phuket have been told to register them with the Phuket Provincial Fisheries Office before August 10, 2018, or they will face legal action. 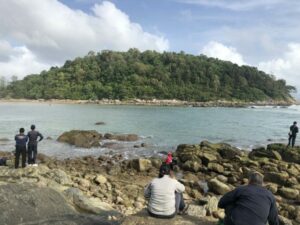 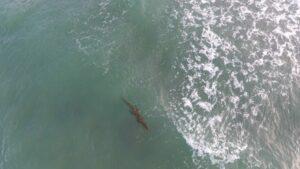 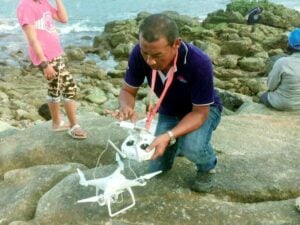 Body of missing Indian man washed up on Karon Beach