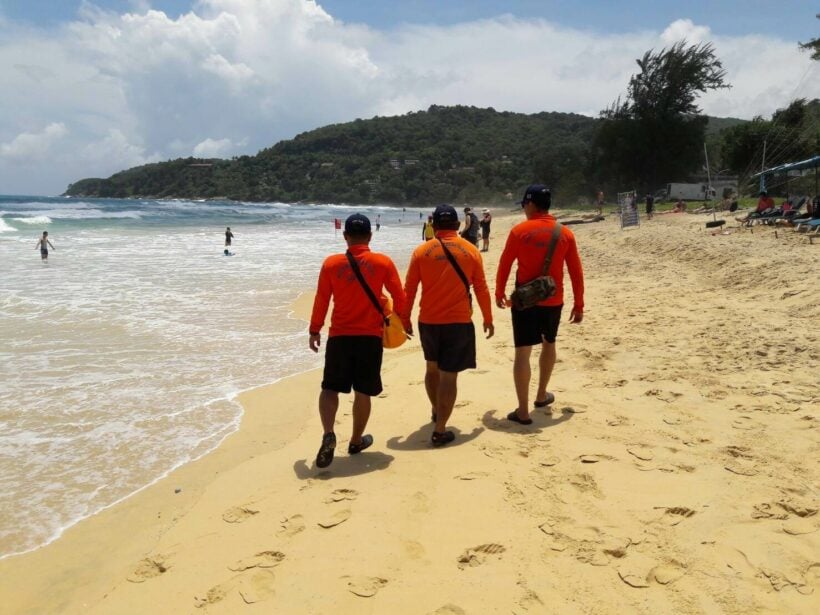 The Phuket Tourist Police have confirmed the discovery of the body of an Indian man who has been missing in the seas off Karon Beach since Wednesday (July 25).

The man’s body was found at Karon Beach yesterday (July 27).

Karon Police were notified at 5pm last Wednesday that a tourist was missing. Another Indian man had already been taken to hospital after being pulled from the sea along with a third Indian tourist.

Maj Eakkachai Siri of the Phuket Tourist Police says that Karon police were notified that a body of a foreign man was found on Karon beach at 4am. Police arrived at the scene to find the body of a man who was wearing a black swimming short faced down on the beach. His body was taken to Vachira Phuket Hospital.

The body was later identified by the Phuket Tourist Police as 33 year old Gaurav Mann from Haryana.

Maj Eakkachai says, “Lifeguards rescued two Indian tourists from the strong surf but another Indian tourist remained missing until yesterday. They ignored red flags along the shoreline in the area they were swimming.”

Phuket’s croc watch takes to the skies over Layan Beach