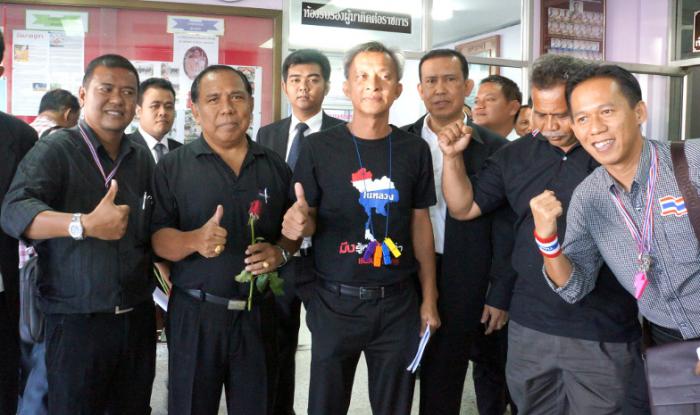 PHUKET: Anti-government protesters will stage a mass rally in the heart of Phuket Town this Saturday in support of the People’s Democratic Reform Committee (PDRC) protests in Bangkok.

“Our rally will start in front of Provincial Hall [map here] at 8:30am, and from 9am we will parade through Phuket Town to show our strength to the government,” protest co-ordinator Amnuay Kumban told the Phuket Gazette.

“People who cannot join the protests in Bangkok can join us here,” said Mr Amnuay.

“Our rally will have no violence.”

Phuket protesters will not block voters from casting ballots in the national Senate election on Sunday, he added.

“By law, senators are not permitted to be members of any political party, so they have nothing to do with the government,” Mr Amnuay said.

“People have the right to vote for their senator. We give them our full support.”

Dynamic Without Fins competition next in the Phuket Suunto Series