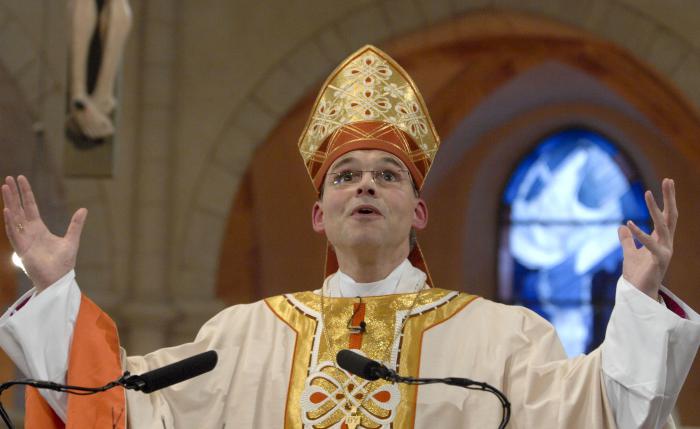 PHUKET: The Vatican removed a German bishop on Wednesday because he spent 31 million euros ($43 million) of Church funds on an extravagant residence when Pope Francis was preaching austerity.

It said the atmosphere in the diocese of Limburg had become such that Bishop Franz-Peter Tebartz-van Elst could no longer carry out a “fruitful exercise” of his ministry there.

Tebartz-van Elst, dubbed the “bishop of bling”, had been ordered to stay out of his diocese temporarily last October during a local Church investigation and audit of cost over-runs. He offered his resignation at the time.

A statement said the Vatican department that oversees bishops had now studied the investigation’s findings and accepted his resignation.

The 108-page report for the German Bishops’ Conference said Tebartz-van Elst had demanded that all those involved in the project should observe “strict secrecy” about its costs.

It said the accounting and construction procedures used “a system that was not transparent either to the diocese or the public”, adding that the bishop “alone must also carry the full responsibility” because he did not share information.

Another prelate, Monsignor Manfred Grothe, has been appointed to run the diocese as an administrator on the Vatican’s behalf for the time being and a position will be found for Tebartz-van Elst in due course, the Vatican said.

Pope Francis has been urging Church officials around the world to live simpler lives and to get closer to the poor.

He has several times told bishops not to live like princes and has renounced the spacious papal apartments in the Vatican’s Apostolic Palace for much more modest quarters in a Church guest house.

Last year, Francis showed his irritation over the affair by keeping Tebartz-van Elst waiting for eight days in Rome before receiving him in the Vatican.

German media, citing official documents, said the Limburg residence had been fitted with a free-standing bath that cost 15,000 euros, a conference table that cost 25,000 euros and a private chapel for 2.9 million euros.

“It is very important for the Church in all of Germany to draw the necessary conclusions … this applies especially to transparency in Church finances,” said Alois Glueck, president of the Central Committee of German Catholics, the main lay association in Germany.

Tebartz-van Elst has apologised for any “carelessness or misjudgement on my part”, but he denies any wrongdoing.

The affair has deeply embarrassed a German Catholic Church that had been enjoying an upswing in popularity because of Francis’s wide personal appeal and after years of criticism for covering up sexual abuse cases among the clergy.

Tebartz-van Elst, 54, is still 21 years away from official retirement age in the Church. He will retain the title and rank of bishop but the Vatican will probably want to put him in a low-profile job.

The scandal has forced German bishops to scrap centuries of secrecy over reporting the value of their private endowments.