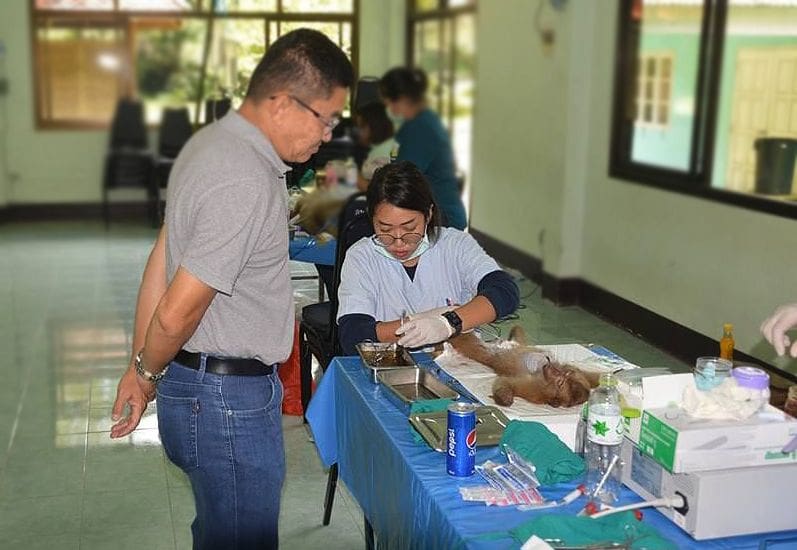 Southern long-tailed macaques, captured at Khoa To Sae have been sterilised today.

129 macaques were captured yesterday (September 13) at Khao To Sae in Rassada as part of Stage Two in the capture/steralise/release program.

Read more about the capture of the monkeys HERE.

A total of 250 monkeys at Khao To Sae and Khao Rang have been targeted for sterilisation in Stage Two before being released back to the wild.

Veterinarians from the Department of National Parks, Wildlife and Plant Conservation (DNP) are scheduled to sterilise 50 of the monkeys per day. The monkeys are being cared for and checked before their move to another home. 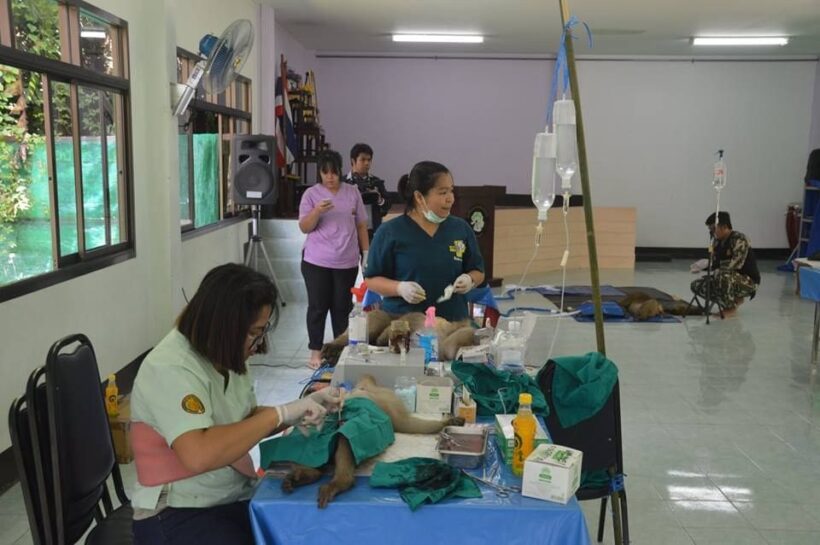 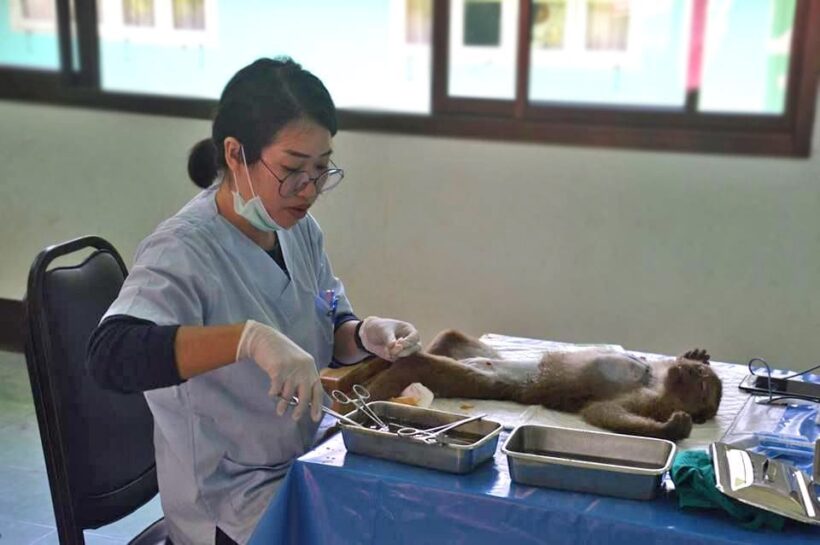 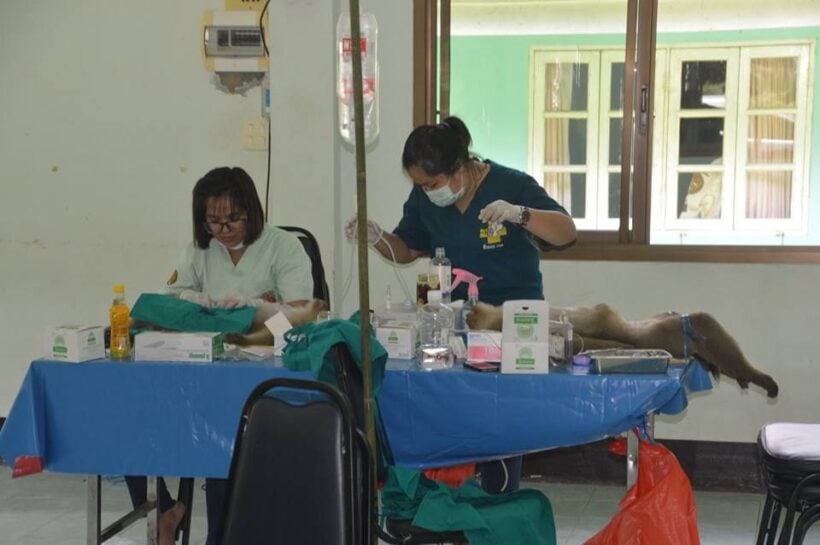 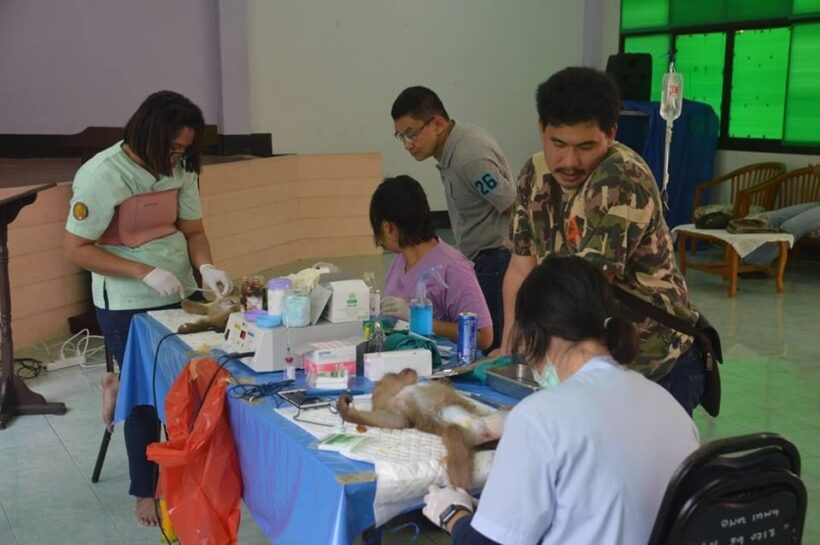