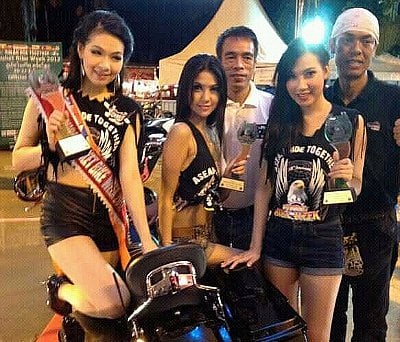 PHUKET: Phuket Provincial Office will hold several special events this Saturday, April 28, to restore confidence among residents and tourists alike and to quash rumors that the island will sink into the sea.

Phuket Governor Tri Augkaradacha admitted that recent seismic activity following the initial 4.3 Richter earthquake on April 16 had stirred a sense of apprehension among tourists and residents, especially those in Srisoonthorn, where the tremors have been centered.

“The earthquake on April 16 damaged many people’s houses. It definitely caused widespread panic because people here have never experienced such a thing before,” he said.

“On top of this, there is someone spreading rumors that Phuket is going to sink on April 28. People here haven’t even got over the stress from the earthquake yet, so this rumor has just added to the their anxiety,” he said.

“In order to restore people’s confidence, I decided to hold special events on April 28 under the name ‘Phuket Lovers Rally’. The main purpose is to restore confidence among tourists,” he added.

“There will be all kinds of fun activities and performances at the events. I will also have a sign made to thank all the tourist who come to Phuket for the event in spite of the rumors. I believe many people will join in,” he ended.

The frequency and duration of the aftershocks seem to be on the decline, with fewer tremors and those that do occur registering no more than 2.0 on the Richter scale, he said.

It has now been more than four days since the last recorded tremor, a 2.4 Richter event last Sunday morning, was recorded by the Thai Meteorological Department website, the Phuket Gazette confirms.

Srisoonthorn Mayor Worawut Songyot told the Gazette that many special activities will be held during the day and night on Saturday, near the epicenter of the April 16 quake.

“I would like everyone to know that there is no way Phuket will sink, as these rumormongerers have said. I will invite all government officials of Phuket, community leaders, Phuket people and tourists to attend the event,” said Mayor Worawut.

“We will hold the event at Baan Bang Makham in Srisoonthorn Village 2, which is the epicenter of the [April 16] quake. We will show people how confident we are about the situation and let them know there is nothing to worry about,” he said.

“We first activity will be at Phuket International Airport, where we will have a special reception for all passengers arriving on the first Thai Airways flight from Bangkok at 9:10 am.

“From there we will go to Srisoonthorn and pose for a group photo beside a fissure in the ground at 10am,” he added.

“At night, we will set up a stage in front of Srisoonthorn Municipality offices, where we will have many stage performances, with with food and drink for all to enjoy.

I would really like to send out the message out that we do not fear rumors. Phuket will not sink, so we can get on with our lives as usual,” Mayor Worawut concluded.

The Srisoonthorn Municipality “earthquake complaint center” has been well received by local residents affected by the April 16 quake, he added. “Since the center opened more than 500 homeowners have come to report damage to their homes and seek financial aid to conduct repairs,” Mayor Worawut said.

In Phuket’s party capital of Patong, however, Doomsday Saturday events will take a back seat for the Phuket Pride 2012 festival that runs through April 28.

Patong Deputy Mayor Chairat Sukbal told the Gazette that Governor Tri was already scheduled to take to the stage at 7:30pm tomorrow at the beachside football field to open a concert by ubiquitous Southern Thai crooner Ekachai Srivichai and his troop of fancy dancers.

Describing the doomsday rumors as an “idiot story”, he said the activities in Patong on April 28 would center on Phuket Pride week, a celebration of lesbian, gay, bisexual and transgender (LGBT) lifestyles.

“I would like you to delete all the news about those rumors from the Phuket Gazette. I am tired of getting calls about this nonsense from all over the world. I think the media should not follow such stupid news,” he said.

The Gazette explained to Deputy Mayor Chairat that the rumor was spread in the social media and that our news team was reporting it as accurately as possible as a significant social phenomenon.