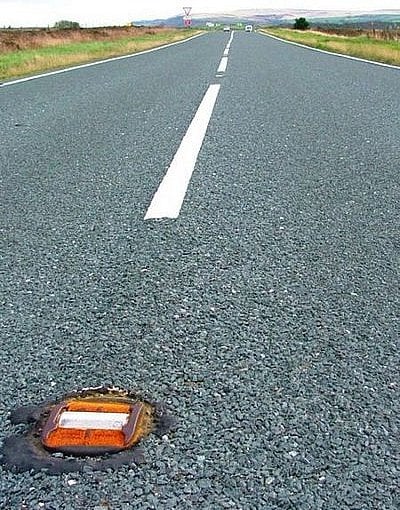 PHUKET: Following the high-speed crash on April 13 that killed two local residents on the main road through Pa Khlok, officials are now looking to add street lights along the notorious stretch of dark road, and to add “reflective road studs” to help drivers stay on the road.

Theera Prugsanan, chief of the Thalang Electricity Authority Office, told a meeting at Phuket City Hall on Monday that his office will send officers to identify where street lamps should be posted along the Pa Khlok – Muang Mai Road.

“Currently, there are street lamps from the Heroines’ Monument to Sitsoontornbumrung School, but after that there are no street lights anywhere along the road,” he told the meeting, which was called to specifically address safety issues along the road.

Pramote Phitak, Deputy Director of the Highways Department Phuket office, explained that the high accident rate on the dangerous nighttime road was the result of a combination of factors, but could be attributed mostly to poor driver discipline.

“Some drivers speed on that road, while others drive at night without lights. I will have our officers install reflective road studs along the road surface so drivers can easily see the lane markings and not cross onto the wrong side of the road,” he said.

“To counter the problem of speeding and drunk driving [the main factors in the high-speed accident on April 13], I will ask the Highways Department to install speed bumps to slow drivers down. I will also ask the Thalang Police and the DDPM-Phuket [Phuket Provincial office of the Department of Disaster Prevention and Mitigation] to set up random checkpoints to prevent drunk driving,” Mr Itthipong said.

“Also, the Pa Khlok OrBorTor will launch a public-awareness campaign and post signs to urge everyone to not drink and drive,” Mr Itthipong said.