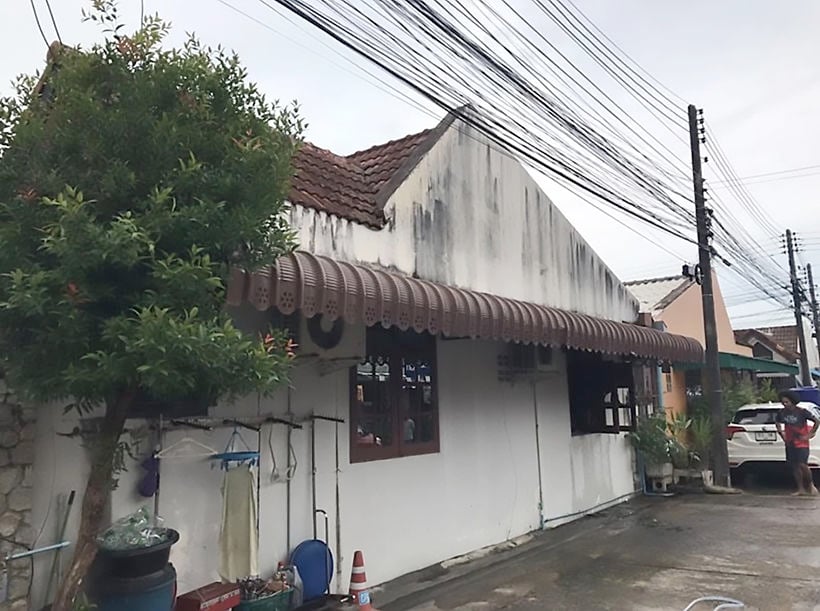 Firefighters in the southern province of Phuket today rescued 2 dogs from a burning house in the island’s Kathu district. Police say emergency services were called to the scene at the Sing Thao Thani housing around 2:30pm. When police and firefighters arrived, local residents were already trying to put out the fire themselves, according to police. Firefighters took command and extinguished the fire in about 20 minutes.

“When we arrived, the fire was burning in a bedroom, and there were two dogs suffocating from the smoke in the room. We rushed to take dogs out and then douse the fire.”

The dogs were rushed to a pet hospital, but reportedly seemed not to have suffered severe injury from the smoke inhalation.

The fire caused considerable damage. The house’s owner, who identified himself as a former police officer, says he was not at home when the fire started as he had gone to his wife’s new salon. He explained that he had left the dogs in the room because he thought he would only be away a short time.

“Normally, I always take the dogs along everywhere I go. Most of the stuff inside the house, electrical appliances, furniture and documents left in the house, were damaged by the fire. At this stage, I don’t know the cost of the damage.”

Police say the investigation the of the cause of the fire will have to wait for a report from forensics.