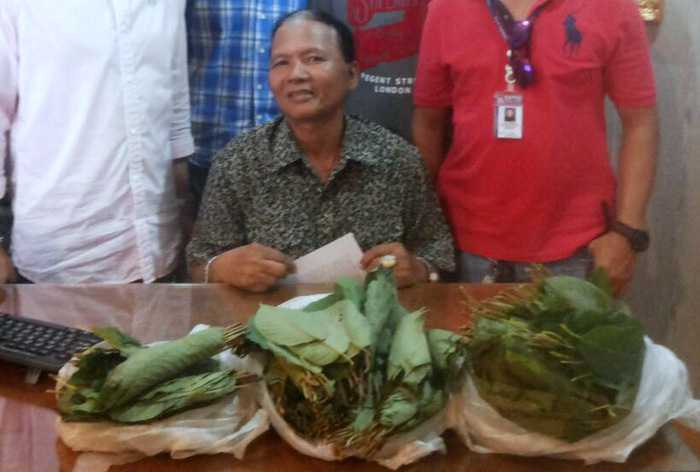 PHUKET: Police arrested a 54-year-old man in Phuket yesterday for possession of 1.5 kilograms of kratom*, which he sold through his sewing shop on Nanai Road.

Undercover officers entered the no-name shop in Patong at about 5:30pm and asked Prasert Chookong if he had any kratom for sale.

“We bought 20 fresh kratom leaves from him in the sting operation and found another 10 fresh leaves in a clear plastic bag in the drawer next to him,” said Lt Col Suthichai Tianpho of the Patong Police.

A search of the shop uncovered three more bags of krathom in the cabinet underneath Mr Prasert’s television set, weighing a total of 1.5kg.

“He confessed to possession of kratom, and said he sold it to teenagers in the area at 25 leaves for 100 baht,” said Col Sutthichai.

During questioning at Patong Police Station, Mr Prasert revealed that he sourced his kratom from a Thai man he named only as “Dum”.

Mr Prasert was charged with possession and selling of a category 5 drug, Col Sutthichai confirmed.

“We are now looking for Mr Dum,” he added.

*The story originally stated that the drugs seized were marijuana. The error is regretted.