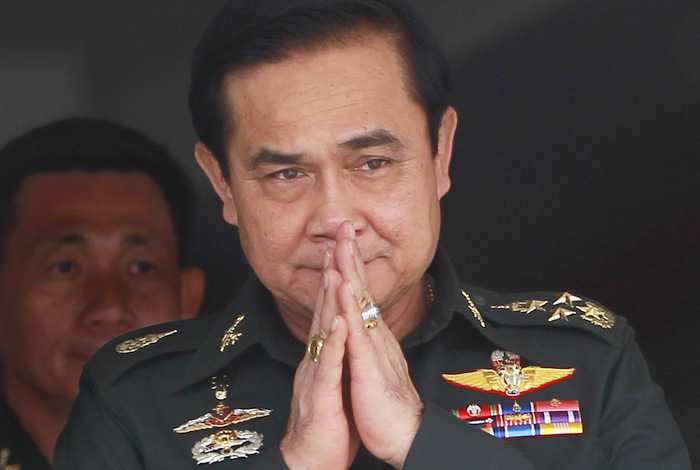 PHUKET: Prime Minister Gen Prayuth Chan-ocha will lead foreign envoys and relatives of the 2004 tsunami victims in a memorial marking the 10th anniversary of the disaster in Khao Lak, north of Phuket, on December 26.

PM Prayuth will preside over the opening of the event, which is expected to have up to 1,300 attendees, and he will thank those who provided aid after the devastating disaster, Mr Sihasak said.

The ceremony will be held at the Tor 813 Tsunami Memorial Park at Khao Lak, announced Russ Jalichandra, deputy director-general of the Department of Information, during his visit to Phuket last month (story here).

The site of memorial park and patrol boat Tor 813 remains one kilometer inland, where it was stranded by the tsunami.

A confirmed 3,950 people died in Khao Lak, though estimates including the number of people missing in the area after the waves exceeded 4,500.

Among those in Khao Lak who died was Bhumi Jensen, grandson of HM King Bhumibol Adulyadej.

“The ceremony will be marked in memory of the victims who lost their lives in the waves. The Thai government has invited VIPs from other countries to attend the ceremony,” Mr Russ said.

“Multi-faith ceremonies will be held at the patrol boat memorial site, and there will be a ‘Light Up’ ceremony and musical performances on stage that night.”

On December 27, PM Prayuth and the delegation will visit Baan Nam Khem and Chai Pattana-Kachad Thai (Ban Thung Rak) villages, which are regarded as model villages in exemplifying post-tsunami rehabilitation.

In Phuket, tsunami memorial services will be begin with the traditional memorial and multi-faith services at the Tsunami Memorial Wall at Mai Khao in the morning, and include the annual Light Up Phuket candlelight vigil on Patong Beach that night.

There will also be three days of events held on Patong Beach to commemorate the disaster (story here).