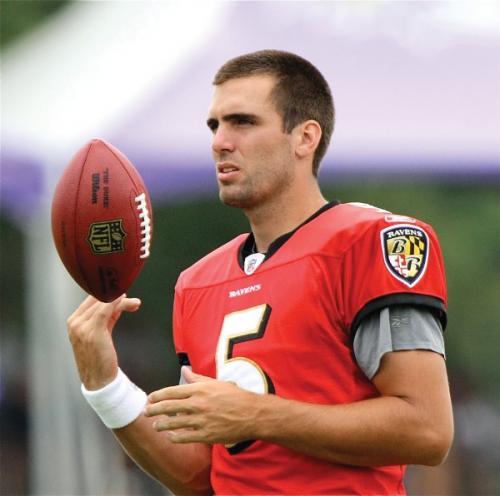 PHUKET: After nine long months of hype and waiting, Phuket fans of American Football can once again indulge themselves in the National Football League, heading into a third week of play this weekend.

There are too many games and story lines to cover comprehensively, so we’ll just look at some of the trends that have emerged from the first two weeks of play and provide some tips on how to enjoy the games here in Phuket.

These change from week-to-week in what may be one of the world’s most highly organized exercises in establishing “conventional wisdom”. To my knowledge, most national soccer leagues on the planet reward teams that play well with championships or promotion to a higher division, while those that do poorly face “relegation”. Teams that do well also typically enjoy big fan-bases and can rake in ever more money and buy up all the best players, thus ensuring further success in the future.

The opposite is the case in the NFL, where a “salary cap” is in place and the teams that perform the worst are, in fact, handsomely rewarded with the top picks in the next season’s draft as well as an easier schedule.

After the first two weeks, eight of the league’s 32 teams have emerged at 2-0, including several top-rated teams and a few surprises, while eight other teams are win-less and the remaining 16 are in “parity land”: 1-1.

Among the surprises at 2-0 are: the Houston Texans, who came back from a 24-7 deficit to beat San Diego Chargers on the road in Week 1 and then pulled out another come-from-behind overtime win at home against division rivals the Tennessee Titans in Week 2. The Texans, who lost in the second round of the playoffs last year, play in the AFC South, regarded by many as one of the weakest divisions in the NFL . As such, they are well positioned to make the playoffs again for a third straight year.

Despite some preseason buzz, another surprise at 2-0 are the Miami Dolphins, who also benefit by playing in a weak division: the AFC East, which has been virtually owned by arch-rivals the New England Patriots over the past decade. All that could change this year, however, because the Dolphins are now not only 2-0, but got there with consecutive road wins. The Patriots are also 2-0, but only by squeaking out narrow, unimpressive victories against the Jets and Bills.

A third surprise at 2-0 are the Kansas City Chiefs, who pounded the hapless Jacksonville Jaguars in Week 1 and then clipped the Cowboys in Week 2. However, they will have to fight it out in the AFC West with the high-flying Denver Broncos, also 2-0 with a pair of very impressive outings under star quarterback Peyton Manning. Last week Peyton led his team to another convincing 41-23 win in “Manning Bowl III” against a New York Giants team led by his younger brother, two-time Super Bowl MVP Eli Manning. Over in the NFC, the Seattle Seahawks will likely lead in many power rankings after crushing highly-rated division rivals, the San Francisco 49ers. The Chicago Bears and New England Patriots also remain among the undefeated.

For computer-savvy fans who want to enjoy all the action with minimum distraction, downloadable torrent files of every game are now available, with all the time-outs and huddles removed. Be warned it’s like crack for NFL fans. The 11+GB files, which must take a long time to edit and upload, typically become available on torrent sites around midweek. The file for Week 1 is labeled NFL2013.W01.CG Feedback: khabarphuket@gmail.com