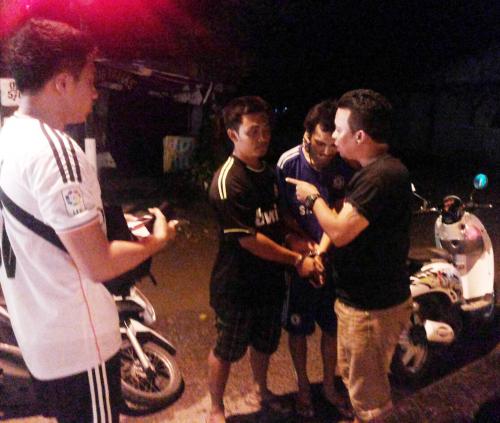 PHUKET: An out-of-town job-hunter applying for positions in Phuket’s hotel industry has been arrested for stealing from hotel guestrooms.

“We searched all over Phuket for Mr Teerawat. Finally, at 11:30pm [on Tuesday], we found him in an entertainment venue area on Srisena Road in Phuket Town,” said Col Somsak Tongkliang of the Patong Police.

Mr Teerawat was arrested and charged with theft.

“I’ve stolen goods from more than 10 guestrooms. I do not target people; I only want their property. I generally steal mobile phones and tablets because they can be easily exchanged for cash,” Mr Teerawat confessed to police.

“I spent the money on enjoying myself in entertainment venues and with prostitutes,” he added.

But Mr Teerawat maintained that he is still looking for a job, telling the police, “I do not care about what the work is. I simply want to work in a hotel.”

Video Report: Driver trapped in car for 30 minutes after crash