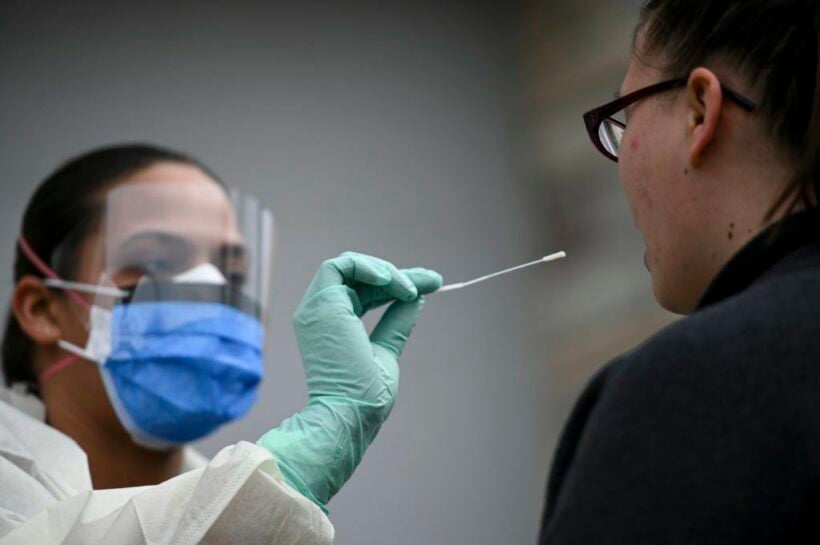 Following a concerning spike in Covid-19 cases this weekend, the Phuket Provincial Public Health Office reported that cases dropped today to 11, still worrisomely high. Of the 11 new infections, one was from a Phuket Sandbox international traveller, bringing the total number of Sandboxers infected to 22.

The 11 new Covid-19 infections push Phuket past the 900 mark with a total of 904 infections since the beginning of the much more devastating third wave of Covid-19 in Thailand beginning in April. 145 people are currently in medical care while 784 have been released and 9 have died.

Notably, the rolling 7-day infection total now stands at 67, but it is lowered by the first few days of the week having 1, 3, and 6 infections each day. The average number of daily Covid-19 infections in Phuket for the last 4 days is 14.25. If that trend stays level without any increase, it would mean a weekly total of 100 infections, surpassing the 90 cases in a week threshold that officials had set as a trigger for reconsideration or revision of the Phuket Sandbox plan.

As a reminder though, the Phuket Sandbox has surpassed 10,000 arrivals with 640 international travellers landing yesterday increasing the total to 10,849 people. This means the percentage of Sandbox travellers who have had Covid-19 in Phuket, either testing positive on arrival or contracting the virus in Phuket, is just 0.2%. Of the 22 Sandboxers that have tested positive for Covid-19, 16 of them were on their second or third test, meaning they likely contracted it on the island.

Yesterday saw 7 international flights arrive with 3 from Europe with Thai Airways, 2 on Singapore Airlines and one each from Emirates and Qatar Airways from the Middle East. Domestic flights have been added as well, including service to and from Pattaya and Koh Samui for the Samui Plus programme.

Covid-19 vaccination in Phuket has been relatively successful compared to other regions in Thailand. With a goal set to inoculate 466,000 people, 88% or 411,000 people have received their first vaccine, while 321,000 people, 69%, have been fully vaccinated with 2 doses. almost 451,000 people in total had registered already to get their vaccines.