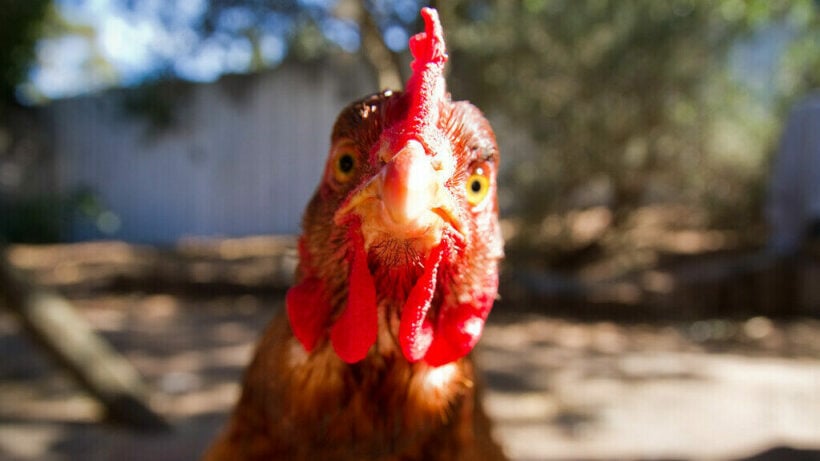 In the northern Thai province Phetchabun, Covid testing at a chicken processing plant continues as positive test results keep coming in. Yesterday, it was reported that 3,117 people have already tested positive.

The plant is owned by Golden Line Business Co, a subsidiary of Saha Farms Group.

By 8 pm yesterday, 6,587 out of the factory’s 7,200 workers had been tested, says district chief Sompong Thongnoonui. The 613 employees that have yet to be tested will be tested today, adds the chief.

When officials tested 3,000 workers at the chicken processing plant on Friday they found 1/3 of them had Covid so they decided to close the factory…For 4 days, July 23 to July 26.

Sompong says the infected workers are isolated in a field hospital… At the factory. He adds that most of the employees are asymptomatic or have mild symptoms. He says they used a borrowed x-ray machine to scan the infected people’s lungs.

Most of the chicken processing plant’s 7,200 employees are Burmese with 2,580 Thai workers as well.

It has also been reported today that because of the chicken processing plant outbreak, 3 nearby villages have been locked down as well. Phetchabun has previously been listed as a “controlled area”, which places it below the “maximum controlled” areas and the “Maximum and strict controlled areas”. However, each day brings new restrictions and changes as Covid continues to surge in Thailand. Bangkok has recently seen many venues that were just reopened, reclose again.

gummy
16 minutes ago, dmacarelli said: Why are they not closing these factories? Are the owners above the law? Too rich to touch? Come on. Multiple pineapple factories remain open. Construction sites. Too many clusters to mention, yet nothing. One wonders…

dmacarelli
28 minutes ago, gummy said: Come on, all wealthy families in this country are above the law, getting away with murder is an entrenched known example. So this issue of infecting other workers in their hundreds with life threatening covid…
William_Bright
So where in the published figures are the 3,000 cases in Phetchabun? Because the number for the last 2 days was less than 100 each day?

gummy
I was reading elsewhere this morning that 3 villages have now effectively been locked down in Phetchabun as a result of infected employees from this chicken processing plant.