A video clip of a policeman falling off a motorcycle onto the footpath on the roadside has gone viral in Thai social media. Netizens say the Phuket policeman was clearly drunk but the local police chief maintains ‘he was just sick’.

The video clip of the policeman shows he was on a motorbike and was losing his balance. The incident happened on Thepkrasattri Road near the Heroines Monument. Social media users have commented that the policeman might have been drunk.

“He has a personal health issue – Meniere’s Disease – where he loses his balance. The problem is inside his ears and he can’t control himself. He has broken his leg in a motorbike accident before. A metal implant has been put inside his leg as a result of the last accident”.

“He is also weak and cannot control the motorbike, and lost his balance. He tried to stop the motorbike on the side of the road. He was not drunk. Now he is in a sick leave.” 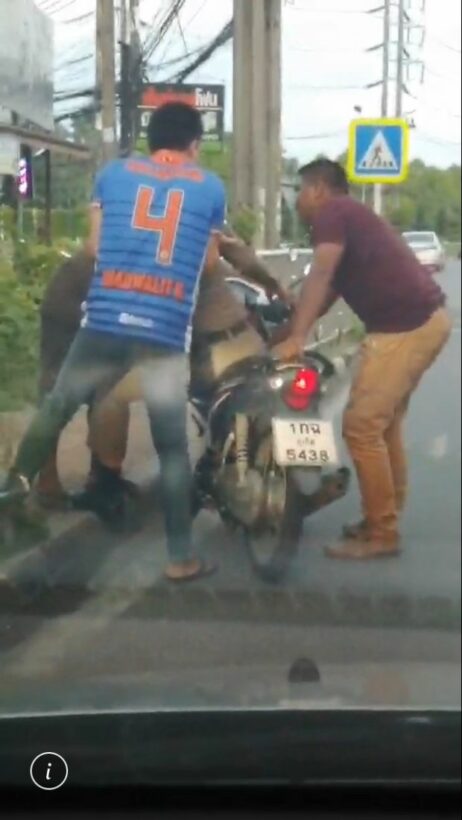 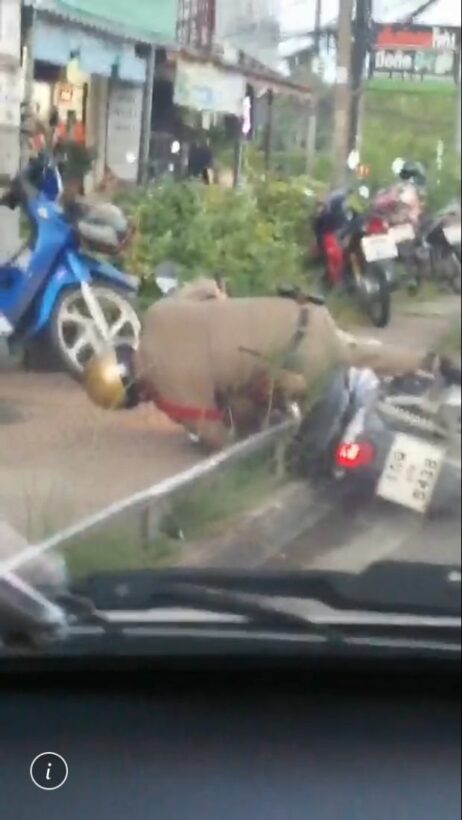