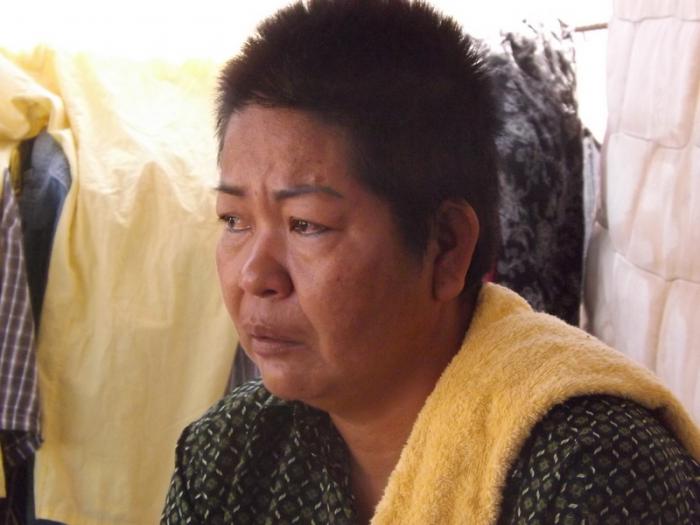 PHUKET: More than three months after 7-year-old Natthapa “Nong Dear” Papkaew disappeared, her mother had a nightmare that her beloved daughter had been raped by a tall man with a knife. Jaroon Papkaew, Nong Dear’s mother, woke from the horrific vision only to discover a graver nightmare: DNA tests confirming that the human remains found in a Chalong pine field were Nong Dear’s (story here).

The case that started in December as a search for a missing child (story here) is now a murder investigation, and police are pursuing a suspect who they say is not the 30-year-old family friend who was last seen with the girl, Khun Boy.

Khun Boy was initially in the spotlight when Nong Dear’s family could not contact him and he failed to respond to two summonses from the police.

However, on March 17, he appeared at the home of Nong Dear’s parents and explained that the summonses had arrived at an address where he does not live.

Accompanied by Nong Dear’s parents, he presented himself at the Chaong Police station and was questioned by police the same day, said Thada Sodarak of the Chalong Police.

“The family believes he is not the killer and at this stage he is not a suspect,” said Capt Thada.

Khun Boy had been questioned once before, the day after Nong Dear was reported missing.

Police declined to give any more information about the suspect they are pursuing, as the investigation is ongoing.

Nong Dear’s heartbroken parents sat down with the Phuket Gazette on March 13, a few days after they had received the unofficial DNA results. Her mother described the nightmare in which her daughter appeared to her.

“On Monday morning, after I had already woken up, I felt the need to go back to sleep at about 7am. After I fell asleep, I dreamt of Nong Dear,” said Jaroon Papkaew.

“She told me she was raped twice by a tall man who threatened her with a knife, but she could not remember where it happened.”

Waking from the dream, Mrs Jaroon grabbed her husband and rushed to the police station. When they arrived, police were attempting to contact them about the unofficial DNA test results.

An officer contacted the Institute of Forensic Medicine in Bangkok, putting the phone on speaker so that the parents could hear the results of the DNA test together.

“I was shocked by the results. I always believed that my daughter was still alive. My husband and I went out every day looking for her. I hoped to see her again,” said Mrs Jaroon.

“I want to know why anyone would murder a sweet little girl.”

“We believe Nong Dear was murdered, but it is difficult to salvage any fingerprints from the remains,” said Capt Thada.

Nong Dear’s father noted the changes in how villagers think about security.

“Families are now much more aware of the whereabouts of their children. Villagers have stepped up and volunteered to patrol the village twice every night. Children no longer walk around alone,” he said.

“My daughter was the first missing child case in our village and she should be the last. I do not want any children in the village to go missing like Nong Dear did.”

Police expect the official DNA results to arrive next week.

“When the official results arrive, we will go to Bangkok to pick them up along with Nong Dear’s remains so we can return them to her parents for the funeral,” said Capt Thada.