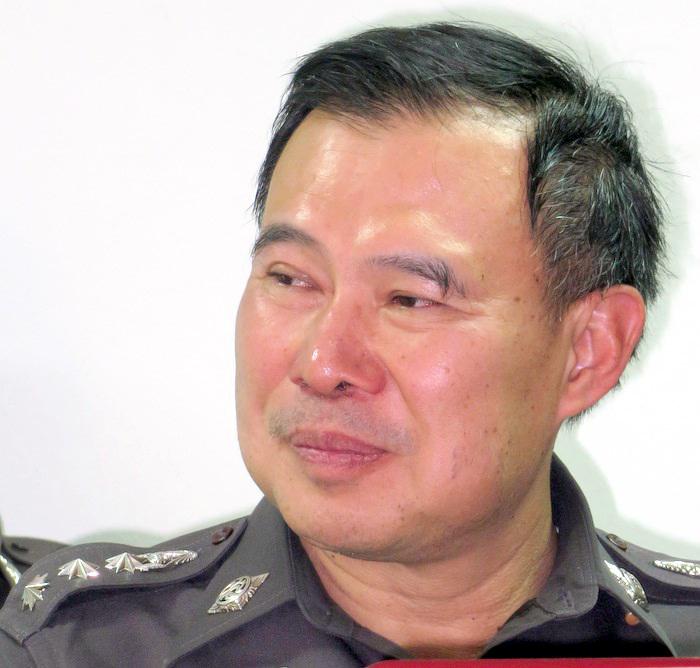 PHUKET: The Chalong Police have been ordered to explain in writing to Phuket Governor Maitri Inthusut what transpired on March 10, when more than 20 foreign dive instructors were taken into custody at Chalong Pier.

The foreigners were transported to Chalong Police Station in a police pick-up truck – and allegedly threatened with legal action if they did not pay cash fines.

The allegations were levelled at the Chalong Police at a public meeting of the recently formed Association of Thailand for Underwater Sports (ATUS) on Saturday (story here).

Since then, Chalong Police Superintendent Krittapas Dazintharasorn has denied that his officers were guilty of any wrongdoing (story here).

Regardless, Governor Maitri yesterday ordered Col Krittapas to submit a formal written explanation of the events of March 10.

Col Krittapas has until Friday to file his report.

“I assigned Vice Governor Sommai Prijasilpa to call together all relevant officers, including representatives from the Phuket Employment Office, the Phuket office of the Tourism Authority of Thailand (TAT), the Phuket Provincial Police and the ATUS,” Governor Maitri said.

The task force is to meet before the end of the week, he added.

One dive instructor, on condition of anonymity, explained to the Phuket Gazette that another critical issue was that job descriptions in the work permit were written in Thai.

“This makes it hard for foreigners to understand. Also, there can be misunderstandings when the description is translated into Thai,” he said.

Regardless, the dive instructor praised the move by Governor Maitri to resolve the work permit dilemma.

“We need the Employment Office, police and dive instructors to all have a common understanding of what work foreigners can and cannot do. Ideally, this would be a uniform definition in English so foreigners can clearly abide by the law,” he said.