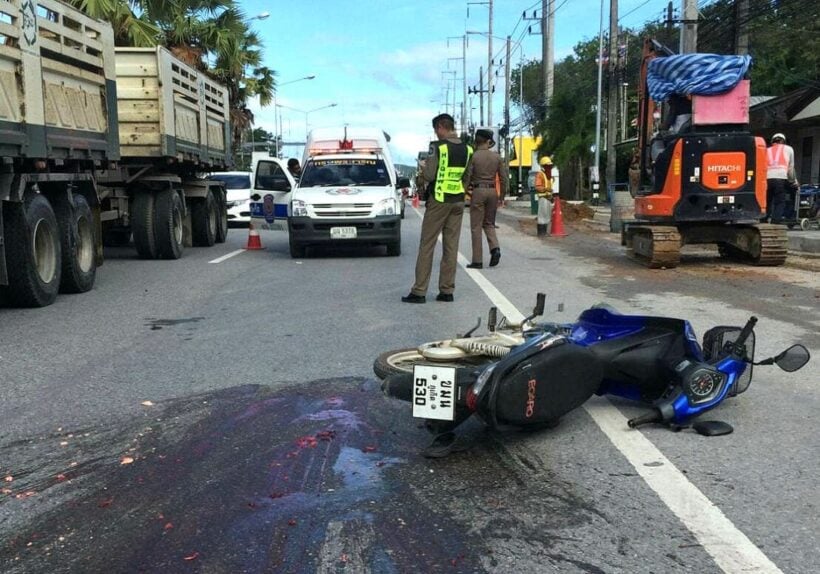 A motorbike passenger has died following an incident with a truck in Thalang this morning.

Thalang Police were notified of the accident on Thepkasattri Road southbound in Mueang Mai, Thalang.

Police and rescue workers arrived to find the body of a woman, identified by police as Boonnam Thepnui from Pattalung.  Her body was taken to the Thalang Hospital.

A motorbike on the road and a truck waiting were found at the scene.

Police are further investigating the incident.

US ambassador shares concerns about tourism in Phuket