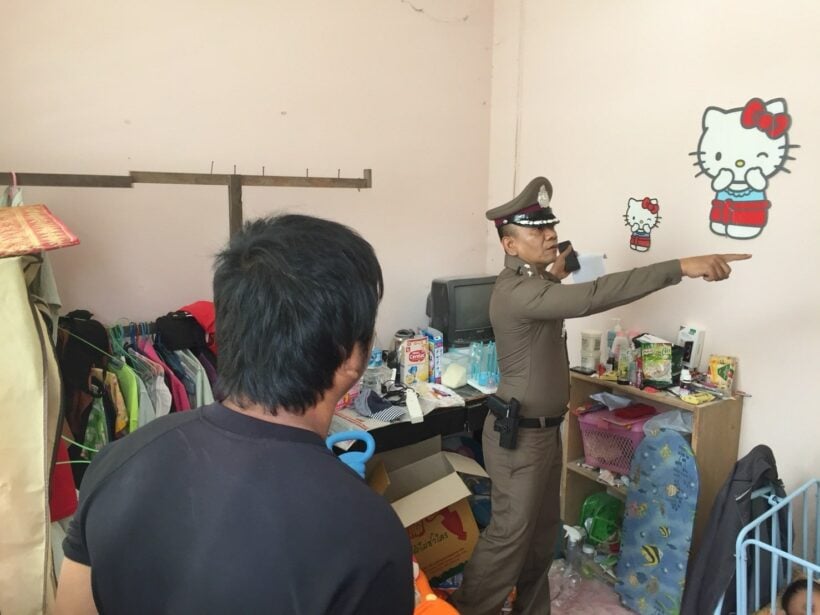 A 21 month old child has died after being repeatedly hit by his stepfather with a broom. The man has been charged with bodily harm causing death.

Thalang Police were notified by Thalang Hospital medical staff at 5.30am yesterday (August 9) that the child was at the hospital and doctors suspected the child had been beaten to death.

Police arrived at the hospital to investigate the death of the child – 21 months Tanawat  ‘Nong Captain’ Janon. Bruise wounds were found on the boy’s right leg, stomach, collarbone, back, mouth and head. His left finger was also broken.

Apiluck told police that “I loved Nong Captain like he was my real son. I sent money to his mother for taking care of Nong Captain every month. Three months ago we brought Nong Captain to live with us in Phuket. Three days ago Nong Captain was playing with his poo. I was very angry and used a broom to hit him many times.”

Apiluck has denied that he pushed Nong Captain’s head into the floor until he died.  Police have charged him with bodily harm causing death.

Nong Captain’s body has been taken to the Institute of Forensic Medicine in Surat Thani for a full autopsy and examination.

Police are hunting for a Phuket bank robber

Ban for jet-skis and parasail rides continues until August 14