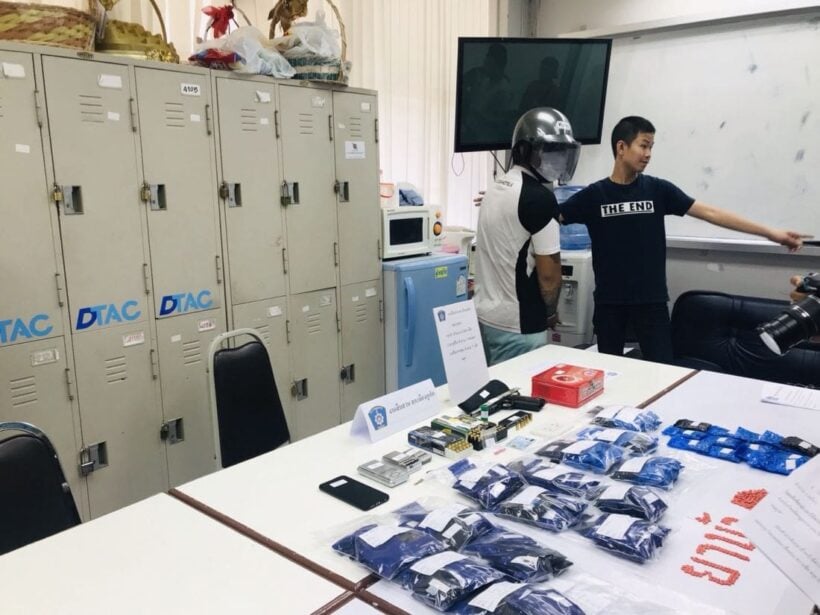 A man has been arrested with 30,894 methamphetamine pills in Phuket.

The Phuket City Police report that they arrested 23 year old Supot ‘Boy’ Numnuan over the matter. Police seized 30,894 of methamphetamine pills, a handmade handgun and 77 bullets. He has been charged with illegal possession of a Category 1 Drug, as well as gun and ammunition with intent to sell.

Supot admitted that he kept more pills at his room in Rassada. Police discovered 30,884 methamphetamine pills in his room and confiscated them. 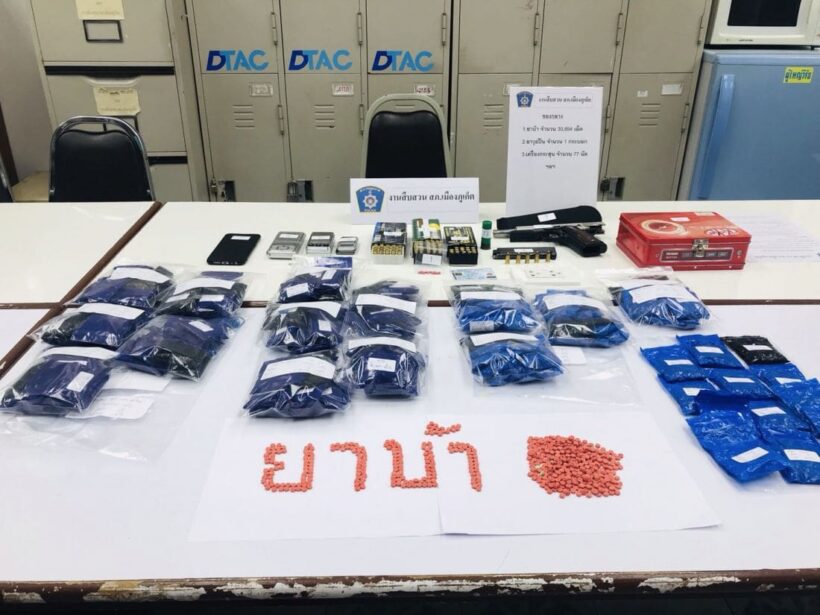