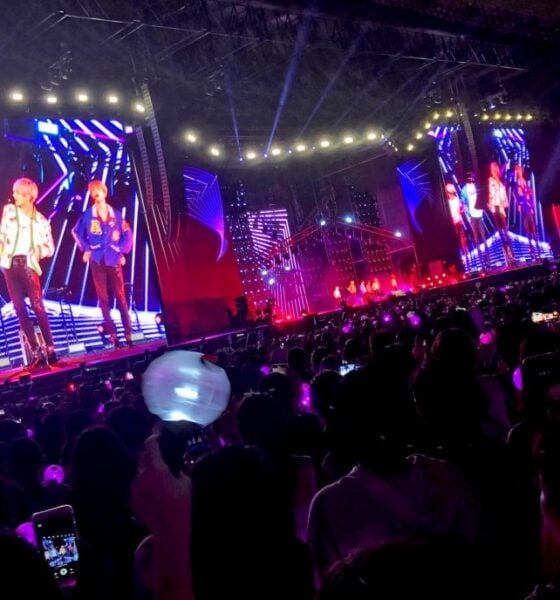 Seven young South Koreans came to Bangkok over the weekend to complete a sell-out world tour and the finish of a year that saw them rise from a K-Pop anomaly to a global pop sensation.

BTS (Bangtan Sonyeondan – Bulletproof Boyscouts) have toured the world with their ‘Love Yourself’ tour in an eventful year that has seen them break through the ‘bamboo barrier’ into mainstream pop music – no mean feat when your songs are mostly sung in Korean!

Just getting to the Rajamangala stadium in Bangkok last night was an event. The stadium, built originally for the Asian Games in 1998, is BIG but built in the middle of an average Bangkok suburb with small, busy streets on each side. The stadium isn’t served by any of Bangkok’s public transport.

I was smart and booked a Grab Bike taxi to and from the venue, otherwise it was mayhem. But if there was chaos outside, it was nothing compared to what was about to unfold inside the stadium.

Coldplay, Lady Gaga, One Direction and Ed Sheeran (coming up later this month) have sold single dates in the huge stadium. BTS is the only act, local or international, to sell-out two concerts in the vast stadium.

The security was intense – no cameras, no water (buy the over-priced water inside please), bag searchers, security, security. But once inside it was an extraordinary atmosphere of joy and anticipation.

The concert started on time and would go for over two and a half hours in a perfectly paced, high-energy performance. They covered all their hits – hip-hop, ballads, pure pop, anthems – mostly along with their crisp, edgy choreography. That the fans, mostly young Thais, were singing along IN KOREAN was astonishing.

When there was a Bangkok downpour in the middle of the show not one person, either in the audience or on stage, stopped to seek shelter. We all got wet and the BTS boys got wet along with the rest of us (in amongst seven costume changes – WHO does their laundry?!)

BTS are now seasoned world class live performers, they’ve been at it since 2013 when they debuted on one of the many popular K-Pop TV shows. But it would take until 2017 until they started to break out and become global hits winning American Music Awards, performing on Ellen, Jimmy Fallon and James Cordner’s night shows, Graham Norton’s show and countless others. Having two albums getting to #1 on the Billboard charts in 2018 was a real eye-opener for people in the music industry who before had never heard of BTS and were now asking ‘who are these guys’?

The show, by now well known to ‘Army’ (the name given to BTS fans) is a slick, well-paced show using plenty of video replay on HUGE screens and a stage and runway that reaches right out to the cheaper seats. Everyone gets to feel like they’re part of the show. 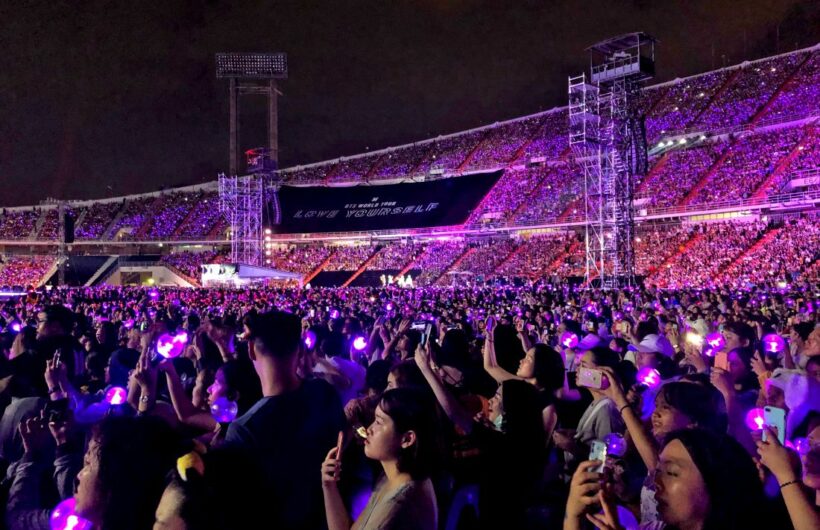 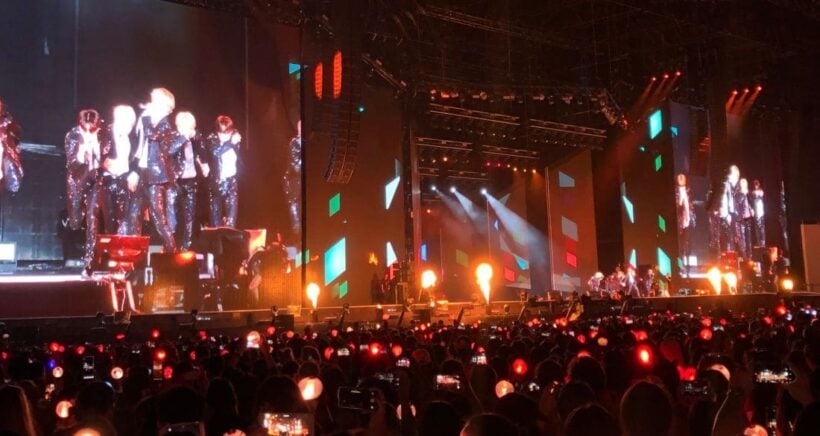 There are no weak links in this seven person ensemble. RM, Jin, Suga, Jimin, J-Hope, V and Jungkook are all accomplished musicians and performers. They dance, they sing, they rap, they perform together and as soloists. There is a palpable synergy and energy between the members, born through early years of struggle when they were thought to be ‘hopeless’ and just another K-Pop boyband.

Last night’s final leg in the Love Yourself tour proved that BTS are much, much more than ‘just another K-Pop boyband’. They have a solid body of music, mostly written and produced by themselves, already under their belt and are breaking records on YouTube, Twitter and Spotify with any new music they release. That they’ve totally weaponised social media is undoubtedly part of their success so far.

BTS’s latest album ‘Persona-Map of the Soul’ is released on April 12 with an appearance on Saturday Night Live the day after.

If you don’t know anything BTS just google the word and select from any of the 477,000,000 listings! (Or go to YouTube and check out any of the many music videos HERE)