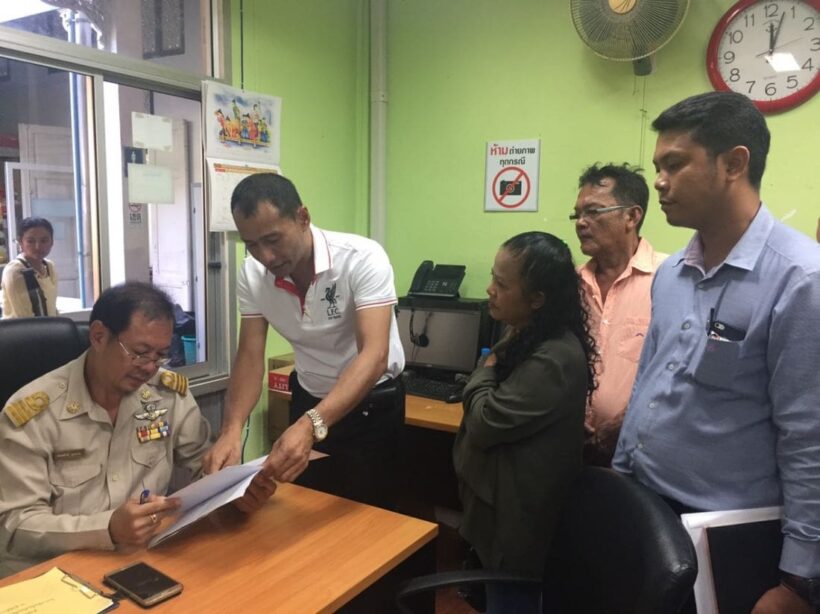 Local residents in Soi Lookpor (Soi Patak) in Karon are following up on a complaint about public access in Karon. They’ve been trying to get the attention of the local municipality but nothing is being done to address the issue.

Karon locals, led by Ammara Thepkaew, came to the Phuket Reporters Association after a complaint had already been filed to the Damrongdhamma Centre (Office of the Ombudsman). The complaint relates to the demolition of structures that is obstructing an entrance which they say is on public land. They are bringing their complaint to the media as they haven’t had any luck with the local municipality to sort out the problem.

Locals are unable to pass now that the entrance has been obstructed at Soi Patak (Soi Lookpor) in Karon.

Khun Ammara says, “More than 14 locals are in trouble after the area has been claimed by a person who has blocked the entrance. The Soi has been used as an access-way for more than 100 years. The road has already been made by the Karon Municipality. Last year the road was blocked and locals can’t access through here anymore. ”