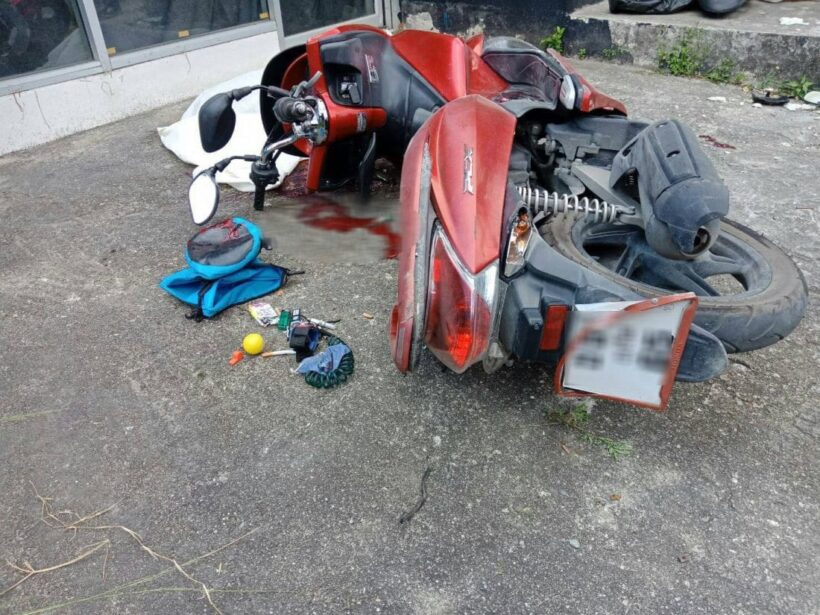 A man, a Kamala lifeguard, has died in a motorbike accident in Cherng Talay this afternoon.

The Cherng Talay Police were notified of the incident in front of a beauty salon near Baan Bang Tao School in Thalang at 1.35pm.

Police and rescue workers arrived at the scene to find a damaged Honda PCX. Nearby they found the bloodied body of 19 year old Jeerasak Kaweeset. His body was taken to the Thalang Hospital.

Jeerasak was a Kamala lifeguard. Witnesses told Police that he was heading from Cherng Talay to Kamala. Witnesses say that when he arrived at a curve in the road he lost control of his bike. As he was going past the beauty salon he collided with the glass wall.

Police are checking CCTV footage nearby.