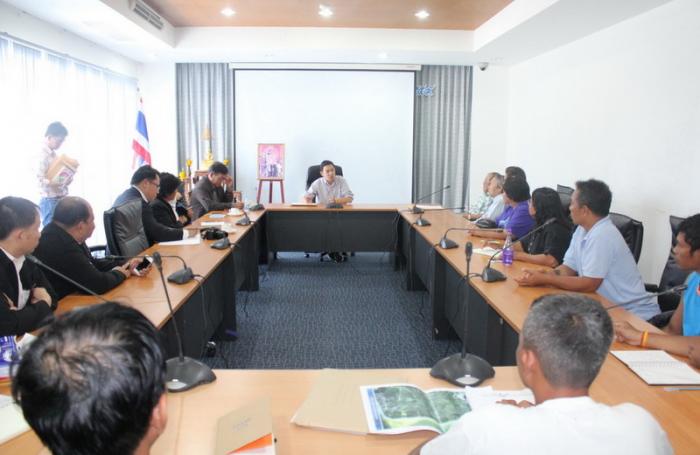 PHUKET: About 300 Karon residents and business operators crowded into a meeting room at Phuket Provincial Hall Friday morning to air their grievances about beach regulations.

Karon Beach vendors told Dussadee Arayawuthi, deputy permanent secretary of the Justice Ministry, that they were badly affected by the beach regulating policies implemented within the past two years.

“Look at Pattaya, where beach businesses are flourishing. Beach vendors add charm to the sands,” said Manas Yenjit, the leader of Kata-Karon umbrella group. “We have been operating on the sands for a very long time. Once the rules were set, we followed them.”

Col Dussadee said that the ministry aimed to provide fairness on matters that affected the public and would consider whether the charges of encroachment filed against beach vendors were appropriate.

“We were told that 500 people are affected by this problem so we are conducting investigations following the complaints,” said Col Dussadee.

Phuket Chief Public Prosecutor Pisitpol Phumsawat said that the case was still being investigated by the Region 8 Public Prosecution Office in Surat Thani.

“We are here to acknowledge those complaints and gather information so we can analyze the problem and make a decision,” ColDussadee said. “Usually, we would simply stick to the law in such cases, but in this instance we have to look at the situation on its own merit.”