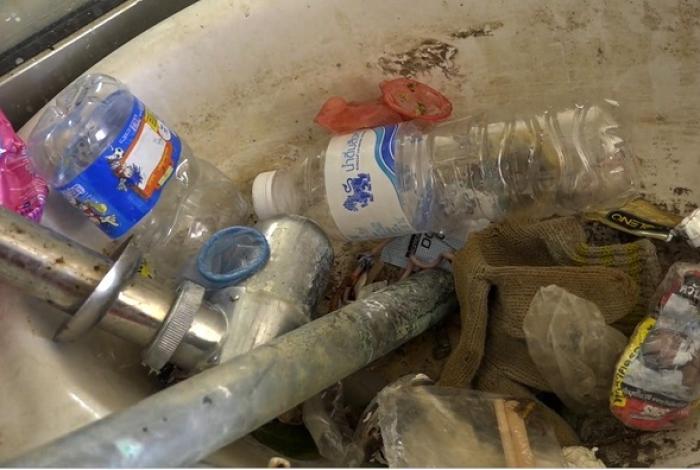 KOH SAMUI: Photos circulating on line of dirty and unsafe toilets at Pru Chaweng Park in Koh Samui have sparked enough public outrage that officials are considering moving the facilities.

Images of used needles, condoms and faeces went viral on July 5, after a user posted them on Facebook. The ten-toilet public restroom is located in a public park and falls under the purview of the Koh Samui Municipality.

The park is a popular destination for families and has a large field used for festivals and ceremonies.

Koh Samui Deputy Mayor Muensil Poonsawat said the municipality was aware of the situation, but that the blame rests with “teenagers” for vandalizing the facility at night.

“We are aware of the situation and thank members of the public for voicing their concerns, particularly for women and tourists,” said Mr Muensil.

“We currently do have staff whose responsibility it is to take care of the restroom, but they have to cover a large area throughout the park and may not be able to maintain it properly. We were aware of some teenagers hanging around the toilets at night and doing drugs. We locked up the restroom [instead of the teenagers], and the teenagers broke in and damaged the property, even tearing out some washbasins,” he explained.

Mr Muensil said the municipality is looking into building a new facility as a result of the issues with the current restroom.

“We’re looking into relocating the toilets to a new area where it would be easier for our staff to take care of them properly, to make sure its cleanliness is maintained and to enforce its hours of operation,” he said.

“Above all, the public’s safety will come first. We will not let the public park be used as a drug party hangout for teenagers.”