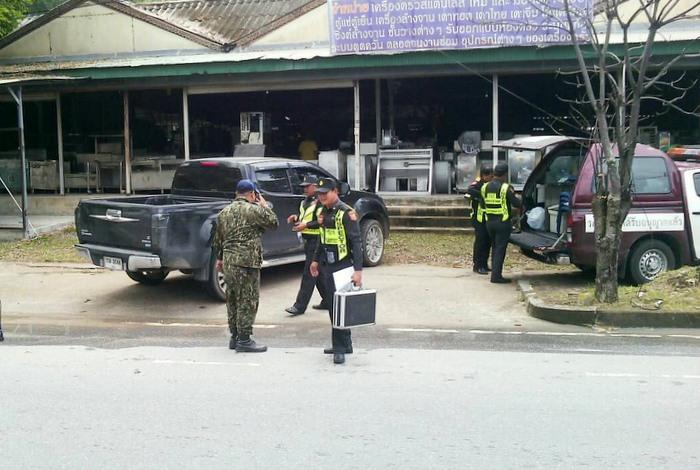 PHUKET: Five hundred seventy-three drivers were arrested during a three-day crackdown in Phuket, July 3-5, according to officials from the Department of Land Transport (DLT).

Royal Thai Army personnel and Phuket law enforcement officers set up checkpoints across the island, in what DLT officials called an “attempt to boost Thailand’s image”.

DLT director-general Sanit Promwong said on July 5 that the crackdown was aimed at taxi drivers and public transport drivers.

“The most common wrongdoing was unregistered and unlicensed taxis. We’ve charged 344 of them, and the maximum fine was 20,000 baht,” said Mr Sanit.

“Other common violations we found were driving customers off of designated routes, for which the maximum fine was 10,000 baht; modifying the taxi by installing things like spot lights, which calls for a 5,000 baht fine; and drivers using a vehicle registered as an ‘unfixed-route public vehicle’ as a fixed-route public vehicle, which carries up to a 50,000 baht fine.”

“As the officers from Bangkok have left, it falls on us to continue to carry forward the same standard,” Mr Jaturong said. “This is a very good start, and we needed our superiors to begin the crackdown. Now we’ll be the ones carrying it out.”

“Those who repeatedly are found in violation of transportation laws will have their public commercial licenses permanently revoked,” Mr Jaturong told the Gazette.

The nation-wide crackdown comes as an attempt by the DLT to improve Thailand’s image to tourists, Mr Sanit said.

“The DLT is taking a very serious approach to resolve the problems we’ve been getting reports of, and to improve the quality of services to impress tourists,” Mr Sanit said.

Anyone who wishes to file complaints against bad drivers should contact the DLT hotline on 1584.