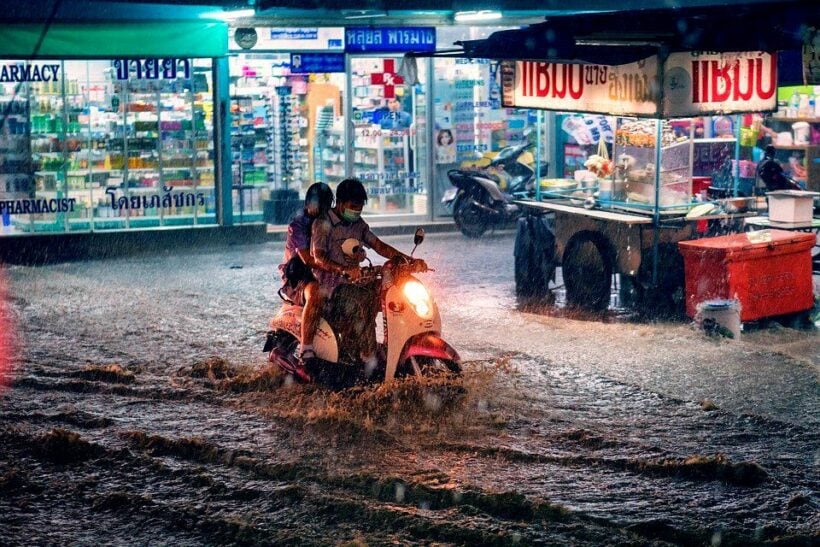 Residents in the Central, East and the South, including Bangkok and suburbs, are being warned to brace themselves for heavy rains from tomorrow until Monday.

In a first warning issued at 11am this morning, the TMD (Thai Meteorological Department) said that heavy rains would hitting the forecast areas due to a low-pressure cell over the lower South China Sea. They say the front will move past the tip of Indochina, through the Gulf of Thailand and the Southern regions from tomorrow until Monday.