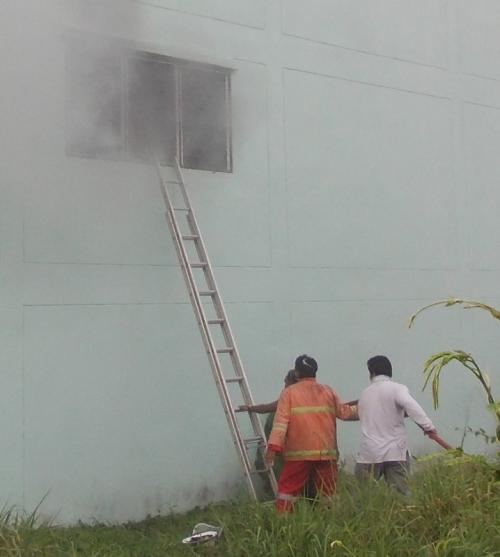 PHUKET: Smoke pouring from a second-floor window at a girls’ student dormitory late yesterday afternoon prompted no fewer than three fire trucks to rush to the scene to extinguish the blaze.

Phuket City Police received a report of the fire, at the Phuket Rajabhat University dormitory on Rassada-anusorn Road (map here), at 5pm.

Firefighters arrived promptly and took about 20 minutes to bring the fire under control, Deputy Superintendent Chao Phomna of the Phuket City Police explained.

“The building has four floors. Smoke was coming out from a window on the second floor,” he said.

“The fire was in a storage room, where mattresses and pillows had caught on fire. The room was locked and nobody was inside,” Col Chao said.

No injuries from flames or smoke inhalation were reported, he added.

“However, forensic officers will examine the actual cause of the fire. The result of the forensic investigation is expected to be released in about two weeks,” Col Chao said.