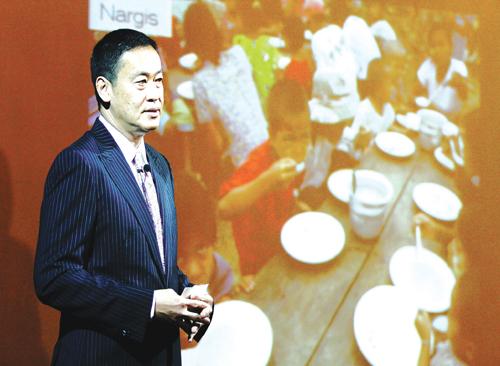 PHUKET: The Bank of Thailand (BoT) might reel in the real estate market after detecting some hot spots, especially in the condominium segment for units priced under 3 million baht.

“A restriction on banks for 0% interest rates is one of the measures to control the market. But the central bank will have other measures such as tightening the loan-to-value ratio from 90% for condominiums to 85 or 80% if it believes that the condo market shows signs of speculation and may form a bubble in the near future,” a source said yesterday.

A team has been sent to meet with the top 10 listed property firms to ask them about the residential market, he said.

They admit that some locations may be subject to speculation, but say that does not change the overall property market.

The central bank may not impose any measures on the public but will use internal guidance such as asking banks to rein in lending. They may be asked to report project loans over 200 million baht, or to raise the credit score threshold for approving mortgage loans. These are some ways to control the property market without creating any panic.

In 2011, buyers of condos were required to make a down payment of 10% of a unit’s value and in 2012 buyers of low-rise residences, both townhouses and single family homes, had to deposit just 5%.

Prasert Taedullayasatit, chief business officer of Pruksa Real Estate Plc, said he would meet with the BoT on Friday. It was normal, he said, that the authorities will need more information from developers about market sentiment and the size of both supply and demand. This is better for the BoT before launching more measures to control the market.

Srettha Thavisin, president of Sansiri Plc, said he met with the BoT team last week and gave them market data, including the sizes of both supply and demand. The company also showed the team its market research studies. When the company goes into new locations it has to have the information to support its expansion plan.

“They asked if a drop in the loan-to-value ratio to 85% or 80% would impact the market. I said that it would impact directly on buyers of residences priced lower than 2mn baht because they do not have enough savings to make a down payment. This will not support low-income people in owning a home,” he said.

“In my view the property sector does not have a bubble ,” he said.

For example, Sansiri now limits sales to its customers. If they want to buy more than five units, the company will not sell them to them. This is one of the measures to reduce speculators in the market, he said.

Chatchai Payuhanaveechai, executive vice president of Kasikornbank, said that if the BoT does not want banks to offer a zero interest rate to customers, then K-Bank will follow that policy, because it is the responsibility of the central bank to manage the country’s risk.

“However, we believe that the property market now is different from 1997 because most property firms and commercial banks have restraints on launches and provide loans for customers based on credit scores.

“When we look in more detail we see fewer non-performing loans among mortgage loans than among other loans, so we believe that the real estate market now does not face a bubble. But we have to be careful in some locations,” he said.

The BoT will also talk with banks about their campaigns for home loans featuring a 0% interest rate as part of its annual visit to the executives of the banks.

Ruchukorn Siriyodhin, assistant governor for the Financial Institutions Policy Group, said banks can launch this kind of zero-rate campaign but they have to clearly inform prospective customers about the effective interest rates throughout the loan term to give them complete information for decision-making.

The central bank has been monitoring the banking industry and found that their lending has met the standards, and that their non-performing loans (NPLs) have not increased. Bankers said they have been informing home loan customers about the effective rates after the 0% rate ends. The central bank raised this concern to prod the banks into being more cautious about bubbles in the property sector, they said.