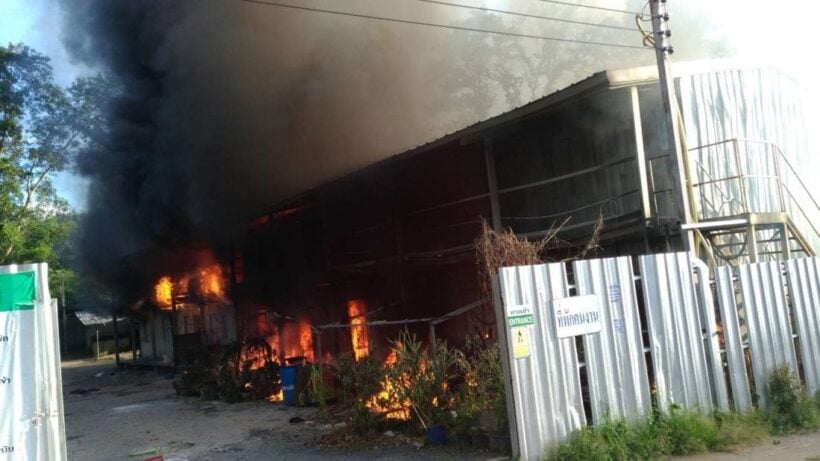 A fire completely destroyed a workers’ camp in Kathu this morning. No injuries were reported.

Kathu Police were notified about the incident at a the accommodation in Soi See Kor at 7.10am.

Police and rescue workers, along with firefighters with four fire engines, arrived at the two storey building where there were 40 rooms, to find the building well ablaze. It took about half an hour to control the fire.

The Kathu Police say that no one was in the building at the time as they had already headed to work. Police confirmed that there were no injuries. The building was only 100 metres from a larger residential area.

Police are now investigating the causes whilst the damage costs are being assessed. At this stage police believe it could have been an electrical short cut.

Two workers’ camps go up in flames within four hours