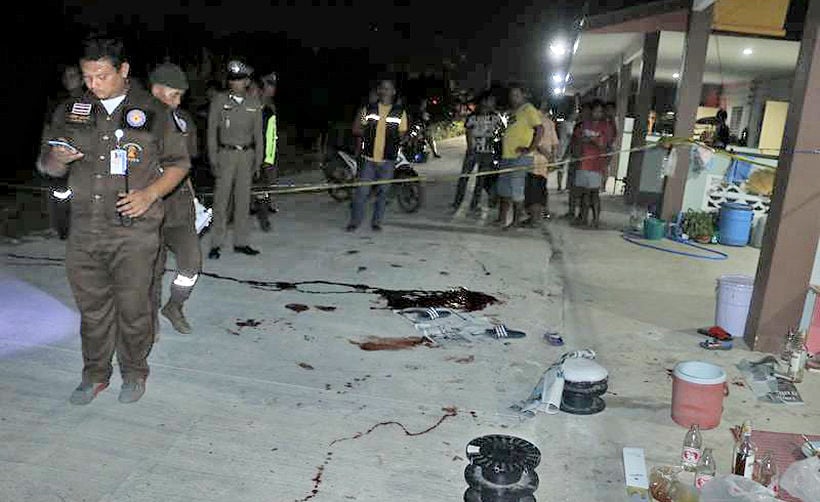 Three men are dead following a party in Nakorn Pathom, west of Bangkok. Police suspect it may have been over a disagreement between local gangs. Police arrive at the bloody scene outside a rented house, one of 24 terrace houses in Tha Talat. There were shell casings and five bullets at the scene of the shooting.

Daily News reports that three men, aged between 25 and 34 years of age, were rushed to hospital. All three died as a result of their injuries

26 year old Phawadee Yongyuth, the owner of the property, says she was with her husband, a neighbour and the three men who died. She told police that seven men arrived on three motorcycles and three of them started talking to the three victims.

Two walked away but one man remained. He suddenly pulled out a gun and started firing at point blank range. The victims were hit in the body and head by the bullets as everyone else dived for cover.

All the victims were friends of her 30 year old husband Wuthichai Naree who had previously had a dispute with another group over noise from motorbikes.

Police speculate that the shooting was as a result of an argument between rival gangs about the revving of bikes.