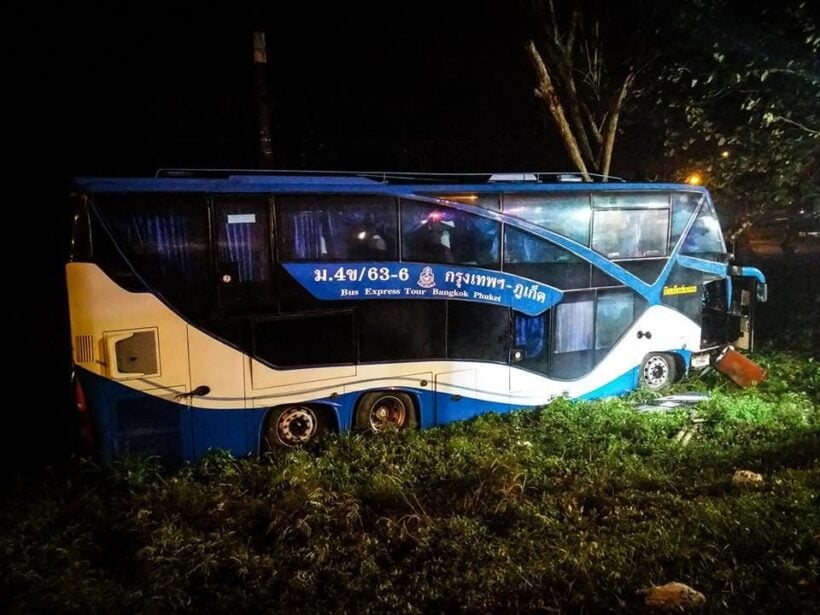 A tour bus driver has been charged for reckless driving after yesterday morning’s tour bus accident in Chumphon.

23 Filipino tourists escaped serious injury in the bus crash. The bus was travelling from Bangkok to Phuket.

Thairath is reporting that the tour bus driver, 36 year old Taweesak Chitchuea from Ranong, has been charged. He had to be removed from the bus with the aid of hydraulic cutters and was taken to Chumpon Hospital with a broken right leg.

At this stage police speculate that the driver fell asleep at the wheel. The bus driver has been charged with reckless driving causing injuries and damages.

All passengers were loaded onto another bus to continue their journey to Phuket. One Filipino passenger was taken to Chumpon Hospital for precautionary examination but was released yesterday. 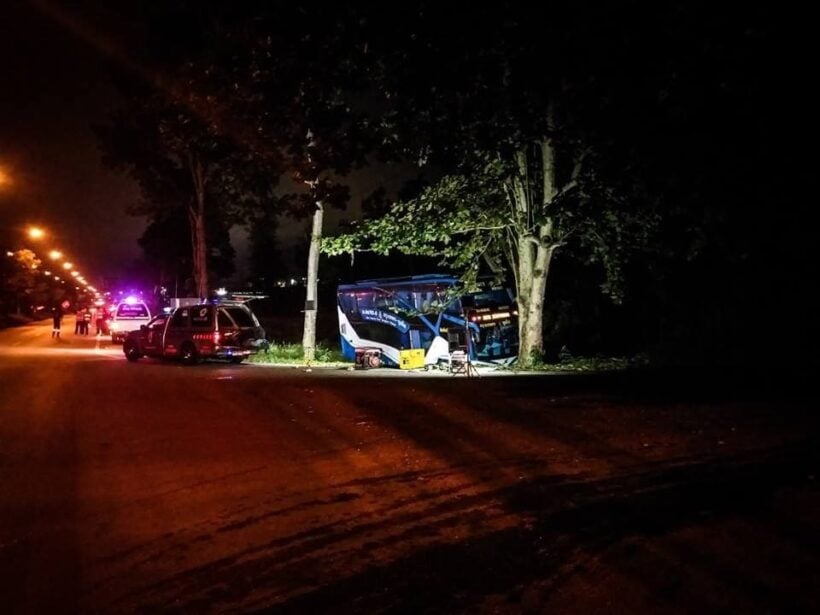 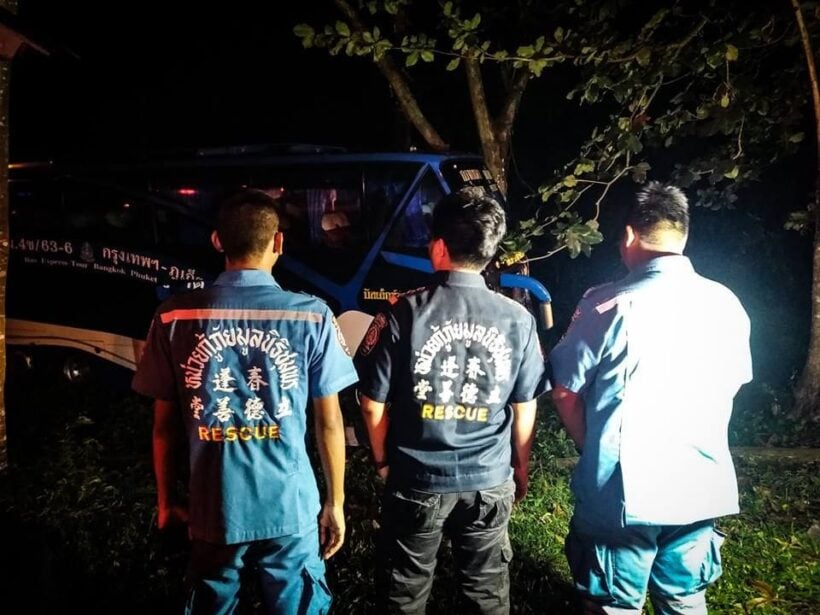 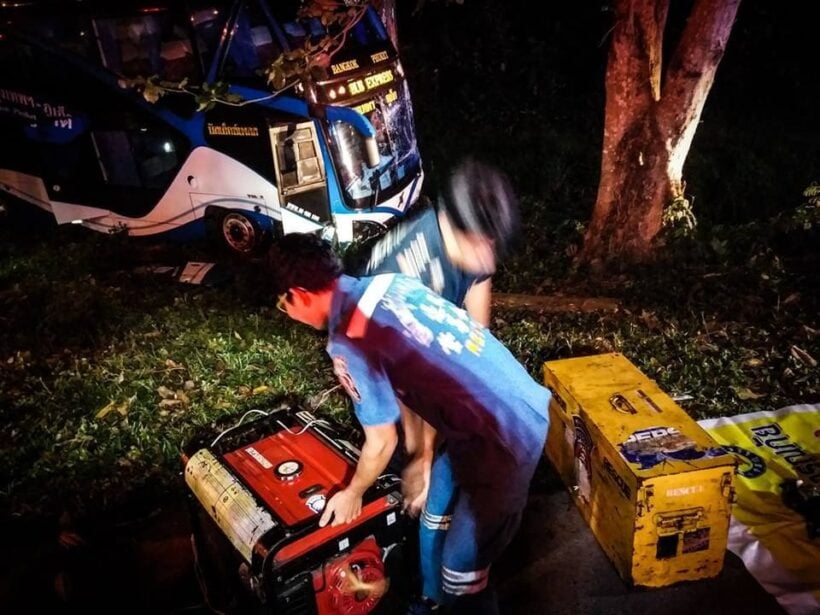 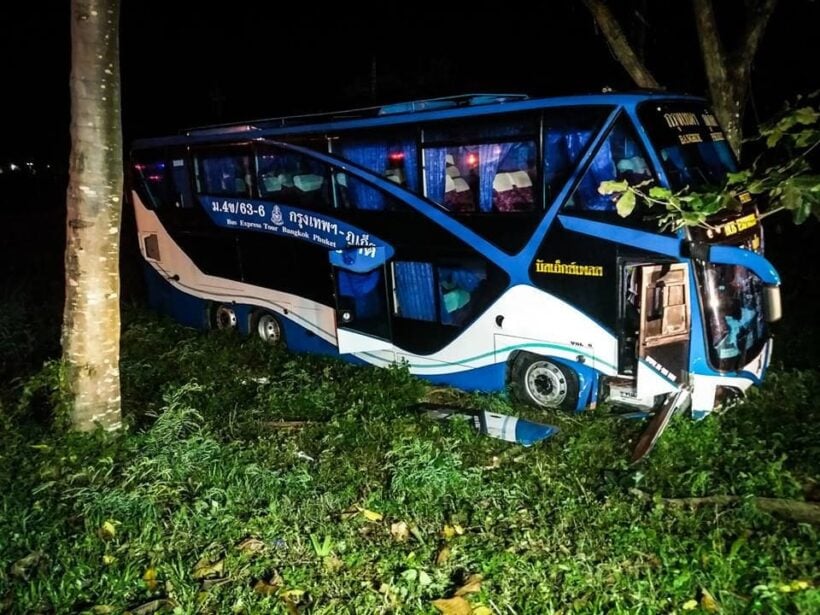