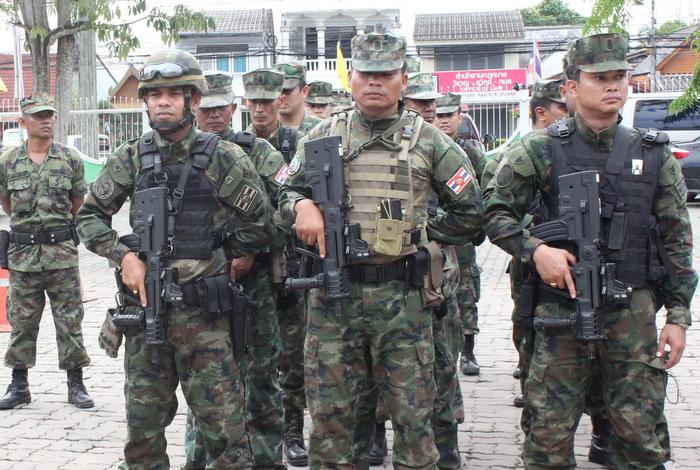 PHUKET: A large task force swept up twelve suspects wanted for a series of crimes ranging from illegal drugs and firearms, to their role in the Thalang Police Station riot (story here).

A total of eight firearms, 88 rounds of ammunition, 117 ya bah (methamphetamine) pills, 18.4 grams of marijuana, 1.16kg of kratom leaves and 1.35 liters of a kratom-based beverage were seized.

Of those arrested, Worachart Rattaso, 30, and Thanongsak Sonpetch, 25, were the only two wanted in connection with the Thalang Police Station riot.

“We will continue to crack down on crime. These small drug dealers and people illegally carrying firearms could eventually help us unravel the criminal networks operating on our island,” Governor Chamroen said.

“We cannot sweep the island clean with one swift action. It takes a continued effort, which is what we are prepared to do,” he added.