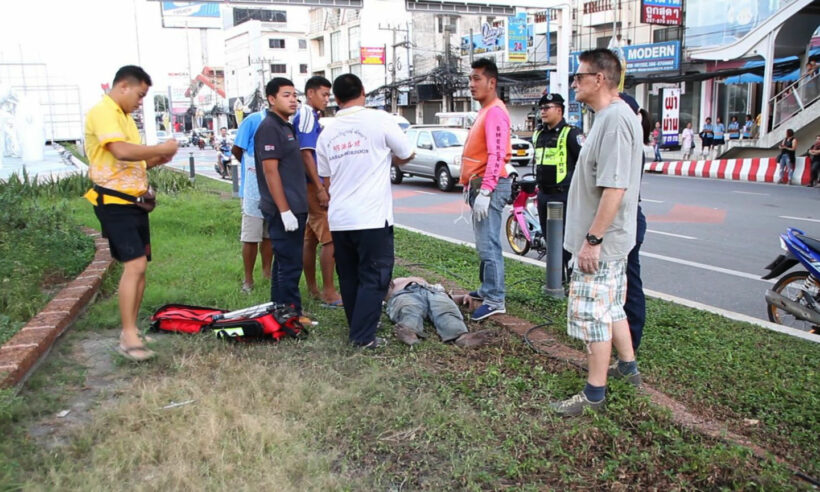 A 70 year old British expat tried unsuccessfully to prevent a depressed Thai man jumping from a bridge in Pattaya yesterday. The Pattaya News reports that police were notified around 5.30pm and rushed to the scene at a pedestrian bridge on Sukhumvit Road, where a 45 year old Thai man, named by police as Boontieng Saokaew, lay injured.

It’s understood that Mr Boontieng had been standing on the bridge, shouting and threatening to jump, when Briton David Bechter intervened. Mr Bechter ran to Boontieng and attempted to stop him jumping but was unable to stop him.

Boontieng, who is understood to be suffering from mental illness, sustained chest injuries in the fall and was rushed to Bang Lamung Hospital for treatment.

The Pattaya News reports that the bridge jump yesterday afternoon was his second attempt after he’d already been prevented from jumping earlier that morning. 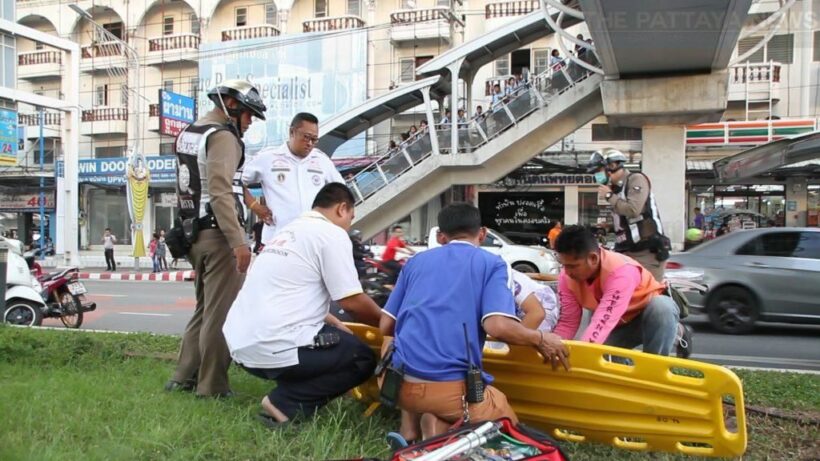 It was THAT big! Pattaya fisherman snares a REALLY big sea mammal.